Gilead Sciences, Inc. is currently losing the legal status of the supplementary protection certificate for the AIDS blockbuster TRUVADA® both in Germany and in Europe, according to the  Opinion of Advocate General of the European Court of Justice. However, the German judgement is not yet final. 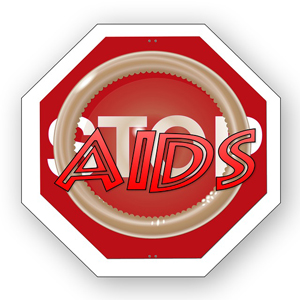 The Federal Patent Court (Bundespatentgericht (BPatG)) ruled in the first instance against the American pharmaceutical and biotechnology company Gilead Sciences, Inc. (File No.: 4 Ni 12/17 , not yet published). The focus of the dispute was the legal status of the supplementary protection certificate (SPC) for the combination drug and blockbuster AIDS preparation TRUVADA®, which is approved for HIV treatment and HIV exposure prophylaxis. This drug is particularly successful and well-known because it is the only drug approved for the prevention of HIV infection.

Seven generic drug manufacturers have been offering their version of the HIV blockbuster Truvada® since August 1, 2017: Hexal, Betapharm, Hormosan, Zentiva, Aliud, TAD and Mylan. In Austria, too, the German model was followed and HIV prophylaxis was made accessible for the necessary daily intake through the lower price of generic drugs. In order to take public health into account, the protection granted should be strictly limited to the product for which the marketing authorisation has been granted.

The Federal Patent Court has now annulled the drug protection certificate issued and challenged for the composition of two antiretroviral active substances (tenofovir disoproxil and emtricitabine) by a ruling of 15 May 2018 (file number 4 Ni 12/17, combined with 4 Ni 14/17, 4 Ni 19/17 and 4 Ni 21/17). An SPC may only include what is also protected in the basic patent. As a result, Gilead no longer has exclusive marketing rights for drugs containing these active ingredients.

However, the judgement is not yet final. An appeal against this ruling can still be lodged with the Federal Court of Justice in Karlsruhe.

The current judgement was preceded at the end of April by the opinion of Advocate General Melchior Wathelet, who recommended to the European Court of Justice (ECJ) that Supplementary Protection Certificates should not be granted for active substances which are not mentioned in the wording of the basic patent. So Gilead is also facing defeat before the ECJ (EU:C:2018:278).

Gilead argues that the product covered by the SPC – the combination of active substances with emtricitabine – is “protected” by a European patent within the meaning of Article 3(a) of Regulation No 469/2009. 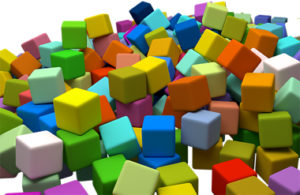 The British Patent Court had asked the ECJ for a clear interpretation of this Regulation. In its judgement, the European Court of Justice will rule on the criteria for determining whether an active substance or a composition of active substances in a medicinal product is “protected by a basic patent in force” within the meaning of Article 3(a) of Regulation No 469/2009, which the Advocate General calls a “sensitive issue” in his opinion.

Advocate General Melchior Wathelet interprets Article 3a of the EU Regulation very narrowly in his Opinion.

In his view, it is not sufficient for an SPC to be granted if an active substance or a composition of substances falls within the scope of protection of the basic patent. To this end, each active substance must be “specific and precisely identifiable on the priority date of the patent in the wording of the patent claims”.

The Advocate General also stresses the importance of making clear the difference between the rules relating to the scope of the invention and those relating to patent infringement actions.
A medicinal product consisting of the active ingredients A + B would infringe a patent and result in a patent infringement action, even if the claims only concern the active ingredient A. In contrast, the active substance B, which is not mentioned in the claims, clearly does not fall within the scope of the invention and is not “protected” by the patent in question within the meaning of Article 69 EPC. Even if a substance claimed by a patent has different variants, patent protection does not necessarily apply to all these variants, according to the Advocate General. The question of whether a product is protected by a patent within the meaning of Article 3(a) of Regulation No 469/2009 is not the same as the question of whether that product is patentable.

If the ECJ followed the Opinion of the Advocate General, Gilead would lose his protection certificate for Truvada® not only as provisionally in Germany, but Europe-wide. The verdict is expected on Wednesday 25 July: although the judicial vacations have begun since yesterday, important court sessions are still taking place.