The proximity and efficiency of the courts must be given priority over the objective of specialisation, the ECJ ruled. The courts of the EU Member States, which are also competent for national design protection, are also competent to issue preliminary injunctions in relation to community designs. 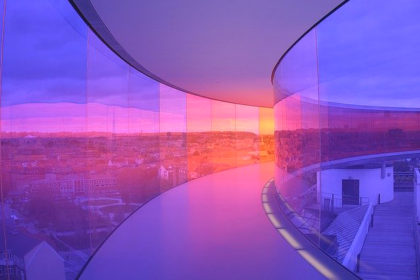 The question referred by the Netherlands asked for an interpretation of Article 90(1) CDR (see Regulation No 6/2002), in particular with regard to Article 81, which provides for the exclusive application of specialised courts for protected community designs. It is possible that the exclusivity provided for in Article 81 will be abolished in Article 90, which allows the Member States to involve other national courts in addition to the specialised court (these courts are designated under Article 80(1)). Yesterday the ECJ ruled on this issue.

The question of the referring Dutch court referred specifically to the first part of Article 90(1) of Regulation No 6/2002, i.e. the determination of the competent courts for EU designs in an EU Member State and with regard to the ordering of interim measures and protective measures – including temporary injunctions – in respect of a Community design.

The background to this is Dutch legislation. By adopting Article 3 of the Law of November 2004, the Netherlands legislature sought to make use of the specific intellectual-property expertise of the rechtbank Den Haag (District Court, The Hague) and of the Gerechtshof Den Haag (Court of Appeal, The Hague, Netherlands). However, the question whether the courts designated in Article 80(1) of Regulation No 6/2002 have exclusive jurisdiction over interim measures, including protective measures, has been answered differently in case-law and doctrine, including in Member States other than the Kingdom of the Netherlands, the referring Dutch court described.

According to the Netherlands Government, Article 90 must be regarded as the general rule for protective and provisional measures, which must be supplemented as follows, depending on the nature of the proceedings:

The Advocate General did not share that view in his Opinion. The system of specialised Community design courts contributes to the uniformity of case-law and to the uniform application of the substantive rules on actions for infringement and invalidity, the Advocate General stated in his Opinion of September 2019, which is also in line with the objectives of Regulation No 6/2002.

The European Court of Justice (ECJ) now ruled on this issue yesterday. In principle, when interpreting a provision of Union law, not only its wording must be taken into account, but also its context and the objectives of that provision, the ECJ emphasized. In the 28th recital of Regulation No. 6/2002, the Union legislator had indeed pointed out that a specialization of the courts competent for Community design matters leads to the desired uniform legal validity for EU designs, the court explained.

But equally, the 29th recital of Regulation No. 6/2002 emphasized that the rights conferred by a Community design must be capable of being effectively enforced throughout the Union, the ECJ added.

The pursuit of this objective of a uniform interpretation is indeed justified for court proceedings which – as far as infringement or invalidity actions are concerned – relate to the decision on the merits. But applications for provisional measures, including protective measures, in infringement or invalidity cases must give priority to the imperatives of proximity and efficiency of the courts over the objective of specialization, the ECJ added. Accordingly, the conferral of jurisdiction to issue preliminary injunctions on a court of a Member State which has jurisdiction to issue measures of the same kind in respect of national design rights is also appropriate, all the more so since the effect of such provisional measures, including protective measures, is by nature limited in time.

The imperatives of proximity and efficiency of the court were to be given priority over the objective of specialization.

Therefore, the ECJ ruled that Article 90(1) of Regulation (EC) No 6/2002 on Community Designs should be interpreted as meaning that the courts and tribunals of the Member States with jurisdiction to order provisional measures, including protective measures, in respect of a national design also have jurisdiction to order such measures in respect of a Community design.

Would you like to protect or defend a design?

Our attorneys have many years of experience in trademark and patent law and are authorized to represent you before any court in Germany as well as internationally.
If you are interested, please contact us.