Are only the specialised courts for protected designs under Art. 80 (1) CDR competent for interim injunctions in respect of Community designs? In his Opinion, the Advocate General discussed the jurisdiction of the EU courts for protected EU designs with regard to the enabling provisions of the EU Member States. 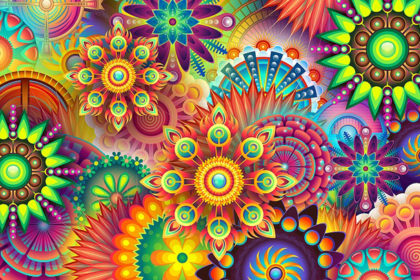 The question referred by the Netherlands asks for the interpretation of Article 90 (1) CDR, in particular with regard to the exclusivity of specialised courts for protected designs provided for in Article 81. This is because the exclusivity provided for in Article 81 may be revoked in Article 90, which enables the Member States to involve other national courts in addition to the specialised court.

The situation under the CDR

In this connection, the Advocate General referred to the argument put forward by the Netherlands Government concerning the ‘structure’ of Regulation No 6/2002, which considers that Article 90 is the general rule for protective and provisional measures, which must be supplemented as follows, depending on the nature of the procedure:
in actions “relating to the infringement and validity of Community designs” (Article 81), only the specialised courts should be able to take the appropriate protective and provisional measures, since they have exclusive jurisdiction in such proceedings;
for acts other than those referred to in Article 81, Article 90(1) should apply, which allows any court of a Member State to take interim or protective measures, including specialised courts.
However, the Advocate General did not share this view. The system of specialised Community design courts contributes to the uniformity of case law and to the uniform application of the substantive rules on actions for infringement and invalidity, the Advocate General explained. That view of the role of the decision on the merits is reflected in the structure of Regulation No 6/2002.

Article 80 concentrates jurisdiction over the actions referred to in Article 81 on a limited number of courts with the aim of developing a uniform interpretation of the conditions which Community designs must satisfy in order to be valid, the Advocate General clarified. However, this should not be pursued in relation to protective and provisional measures, the adoption of which is by definition limited in time and which should not anticipate or anticipate a final decision on the dispute, such as an injunction.
The Advocate General argued that Regulation No 6/2002 expressly reserved jurisdiction for complex facts (such as infringement or invalidity of the design) to the specialised courts. Moreover, since the assessment in proceedings for protective or provisional measures is not final, there is no need for a counterclaim or intervention by the specialised court, which will ultimately have to decide on it.

How is the verb “may” to be understood in Article 90(1) of Regulation No 6/2002? Is it a mere enabling provision for the Member States? This would mean that Member States could confer precautionary jurisdiction on certain courts.
However, the Advocate General takes a different view. The choice of the word “may” does not concern the Member States but the parties to the proceedings. Ultimately, it should encourage the holders of industrial property rights in a design to apply for judicial protection of that design.

If the person concerned decides to apply for a protective and provisional measure before courts other than the national specialised courts, the effect of the protective measures taken by those courts is limited to the Member State concerned, the Advocate General points out.
The Advocate General added that the involvement of the Community design courts was by no means superfluous, and pointed out that the specific expertise of the specialised courts was important in order to clarify infringement or invalidity claims.
Thus, since the adoption of a protective measure by the national courts would allow access to judicial protection, which is necessarily specific to that type of procedure and characterised by urgency, such a case could not be fully examined at that stage of the procedure, which is, however, the sole responsibility of the Community design courts, the Advocate General explained.

The Advocate General therefore recommends the interpretation of Article 90 CDR in such a way that the national courts having jurisdiction in respect of the national design may order provisional or protective measures in proceedings relating to the infringement or validity of Community designs but where jurisdiction to give a decision lies exclusively with the courts designated under Article 80(1) CDR.

Do you need assistance with design rights violations or a preliminary injunction?

Our attorneys have many years of experience in trademark law and patent law and are authorized to represent you before any court in Germany as well as internationally.
Please feel welcome to contact us if you are interested.