Disclosure of designs on the Internet 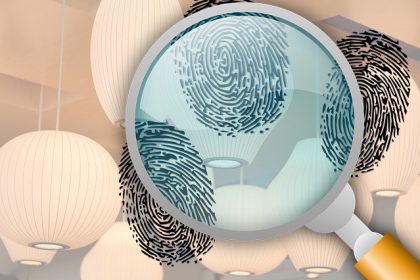 In the course of the harmonization of trademark law – we reported – and the protection rights for designs, a common EU decision practice was also decided with regard to the disclosure of designs on the Internet. This new decision practice has been published since April 1, 2020, and comes into force 3 months later; it mainly concerns the recognition of evidence of disclosure of designs from the Internet.

Many online sources for disclosure of designs

After all, the sources of a possible disclosure on the Internet are manifold: websites, apps, social media, e-mail, product placement, file sharing (especially peer-to-peer (P2P) and file hosting) and of course e-commerce ensure the worldwide publication of designs. The corresponding passage in the EU Directive on the protection of designs (Article 6(1) of Directive 98/71/EC) contains no restriction as to the place of disclosure, therefore any publication on the Internet and thus worldwide leads to the disclosure of designs. Accordingly, products offered online are part of the design repertoire i.e. the previously known designs- this was also the decision of the Federal Court of Justice.

Evidence of a disclosure on the Internet

Printouts and screenshots – with URL source

Printouts and screenshots should ideally contain information on the source of their content (e.g. the URL address) as well as the relevant date and design disclosed and should not be altered manually. The evidence provided must of course be accurate and of sufficient quality. If several designs are shown in one printout, the design / design that is relevant must be clearly marked.

With regard to evidence from videos, there is the particularity that the video itself or recordings of those parts in which the design is discernible must be submitted. The mere mention of the URL of the video is not sufficient according to new decision practice.

Relevant time in the evidence from the Internet

What is difficult, however, is the verifiable date, better to say a timestamp of disclosure.
How can the relevant time be determined if no date is given in the Internet source? What is the relevant time if the evidence contains several dates? How is it to be considered that files are often in the cache of the online tools for a long time, so they are not shown in the current view at all?

As an approximation, the new Common Decision Practice recommends determining the time of disclosure on the basis of relevant data provided by search engines, but with caution. This is because search engines show the time at which the tool has cached or captured the respective website, but not the time of publication. Nevertheless, these results can give an indication as to when the public presentation was available online.

Therefore, it is recommended that you use Web site archiving services such as WayBack Machine instead of search engine services to prove the time, but keep in mind that parts of this archived Web site might refer to different times.

The best way to prove timing is to use an electronic timestamp, which assigns an exact time to a file, message, transaction, image, and so on, proving that the content was present at a particular time.

In order to prove the disclosure of a design via file sharing, it is not sufficient to submit only a printout originating from the platform with a representation of the indexed file. A link must be established between the index of the file and its content. The evidence should also indicate the date of disclosure, in line with new decisional practice, which is generally considered to be the date on which the file was made available for sharing.

E-commerce platforms often indicate the date on which the product in question was first offered for sale; if this information is contained in a screenshot, it is considered relevant to determine the time of disclosure. In addition, the specific product reference to the design, e.g. a name or a code, may be useful because in such a case, evidence of disclosure from e-commerce platforms may have evidential value even without the representation of the design.

Time of printing = Time of disclosure?

Only under certain circumstances can it be considered that the disclosure could not reasonably have been known to the professional circles of the industry concerned operating in the European Union. According to new decision-making practice, such a restriction is deemed to exist if disclosure was made on condition of confidentiality or if the source of disclosure was not technically accessible. However, please note that the fact that the source of disclosure restricts access by means of a password or that access must be paid for does not in principle preclude a design from being considered as disclosed.

In the new EU decision-making practice, the habits and behaviour of the professional circles in the relevant economic sector must also be taken into account, and in this context also the language and possible geoblocking.

Do you need assistance in protecting or defending a design?

EU decision practice ‘Disclosure of designs on the Internet’