A Spanish shoe manufacturer loses the legal dispute over the Community design of ballerina shoes before the German Federal Court of Justice. With this ruling, however, the Federal Court of Justice is also making a much more far-reaching decision: Products offered online belong to the previously known designs. This has a major impact on design protection.

This is because the previously known designs are determined by the pattern density within the product class and is thus confronted with the new pattern and design. A simple orientation is: If the pattern density is very high, then the requirements for differentiability are lower. If, on the other hand, the pattern density is low, then the distinction requirements are very high. The scope of protection of a design and design protection right cannot extend so far that it also covers the previously known designs. Since the Federal Court of Justice (BGH) has decided as a guiding principle that products offered on the Internet belong to the previously known designs, it is significantly more difficult to defend one’s products with design protection at all. 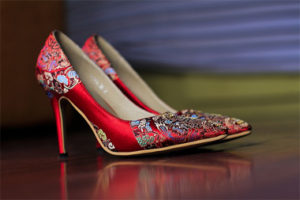 The plaintiff is a Spanish shoe manufacturer which manufactures and sells shoes with a two-tone sole and design protection. The applicant is the holder of a Community design (No 001212351-0004). The defendant is a German company that offered a very similar shoe model in 2014. This controversial shoe model had an international journey behind it: According to the plaintiff, the defendant, who is based in China, delivered the controversial shoe model to Germany – via a stopover in the Netherlands.

The defendant German company counterclaimed in the appellate court that the plaintiff’s obligation to pay damages for unjustified warning of industrial property rights had been established. After stages of proceedings before the Regional Court and Higher Regional Court of Düsseldorf (I-20 U 134/15), the BGH ruled on 11 January 2018 (I ZR 187/16) in favour of the defendant and established far-reaching principles for products offered online and the previously known designs.

Reasoning of the BGH

According to Article 10.1 Community Design Regulation (CDR), the scope of protection under the Community design extends to any design which does not create a different overall impression on the informed user. According to Article 10.2 CDR, the degree of freedom of the designer in the development of his design must be taken into account in the assessment. The Court also pointed out that, as regards the question as to the distance between the design of the action and the previously known designs, it was not intended to compare individual features of the design with individual features of a previously known design. 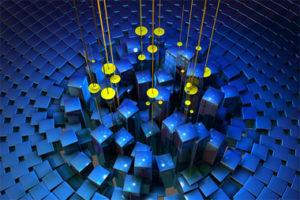 According to Article 6 CDR, a registered Community design has individual character if the overall impression it makes on the informed user differs from another design. The individuality therefore does not require a special and defined originality, but results from a comparison with previously known designs and controversial designs. According to the BGH, all designs which have been disclosed to the public for registration before the date of filing of the design application and which have thus been made available to the public ( Art. 6 and Art. 7 CDR) are generally considered to be previously known designs. This also meant, however, that a model of the plaintiff’s shoe, which was introduced as a counterclaim in the appeal proceedings, was in principle also considered to be a previously known design.

Do you want to apply for a Union trademark or a Community design, too?