Trademark TOOLTIME for software and IT: non-descriptive!

For modern goods and services that are related to digital or the internet, new artificial words are often registered as trademarks. The term TOOLTIME, registered as a trademark for software and IT, was successful. The German BPatG ruled that it was not descriptive – unlike the DPMA. 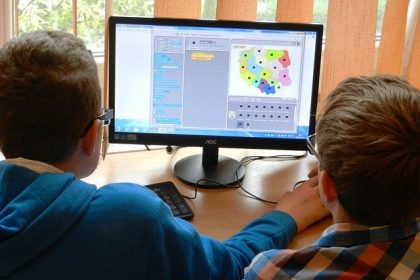 Word marks must not be descriptive. However, in order to have a catchy word mark, new word creations are often registered as trademarks, especially for modern goods and services that are related to digital or the internet including a slice hint to the digital topic. One such attempt was the registration of the trademark TOOLTIME – as a trademark for software, digital such as contact management, data synchronisation and also for office services; accounting and controlling as well as for (mobile)telecommunication services.

But isn’t the term TOOLTIME descriptive of software and IT?

The German DPMA had refused this trademark application because the term lacked distinctive character. The DPMA considered the term TOOLTIME to be a narrowly descriptive indication that the goods and services claimed were computer programmes and software relating to time, such as deadlines and dates, and were used for their development, provision and maintenance, or were suitable and intended for time management in the context of the commercial activities of a company.

In addition, the DPMA also found that the term TOOLTIME, as a descriptive technical term, was also subject to a requirement of availability under § 8 (2) No. 2 Trade Mark Law (i.e. the need to keep the term free).

The trademark applicant filed an appeal against this decision before the Federal Patent Court. He argued that the term TOOLTIME was not lexically an independent term of the German or English language, but a sufficiently imaginative neologism. The composition of the two well-known English words “tool” and “time” in the sense of “time, deadline, clock time” was original and unusual, as it did not comply with either the German or the English grammatical rules.

And indeed, the trademark applicant was successful with the appeal; the BPatG disagreed with the DPMA’s decision and annulled its decision in its entirety (25 W (pat) 514/20). The term TOOLTIME was not devoid of distinctive character, the BPatG ruled.

The present new word TOOLTIME lacked an unambiguous conceptual content, although the word “tool” was quite unambiguous. This term “tool” is recognised by relevant experts from companies as meaning “tool, device, aid, computer utility program”, according to the court. And a term is already considered descriptive if only one of the possible meanings describes the goods or services.

However, it remained completely unclear, the BPatG explained, what was meant by a “tool time“. It could be a particularly suitable point in time (“time”) for the use of analogue or digital tools (“tool”), the period of time (“time”) required by such a tool or computer utility (“tool”) for certain processes, or its service life.

Neologism must offer an unusual change of the factual statement

The mere novelty of a word formation does not automatically establish its distinctive character under trademark law, the court emphasised, especially if the new word formation corresponds to comparable terms and represents an understandable factual statement. However, in the present case, another aspect was decisive.

The BPatG ruled that the combination of words applied for registration had undergone an unusual change due to the specific way in which the individual elements, which in themselves might not be eligible for protection, had been combined, which was sufficiently far removed from an unambiguous factual statement. The court added that recognisability or a certain allusion to a certain meaning is inherent in speech marks, although this does not preclude them from being perceived as a designation. The term TOOLTIME could therefore not be denied any distinctive character, the BPatG ruled.

Moreover, the second ground for refusal (the need to keep the term free pursuant to § 8 (2) no. 2 MarkenG) did not prevent the registration of the trade mark, the court ruled – because the contested term is not descriptive, there is also no need to keep it free.

Would you also like to protect or to defend your trademark?

Our lawyers have many years of expertise in trade mark law as well as in the entire field of intellectual property and are entitled to represent you before any court – in Germany and internationally.
Please contact us if you are interested.