The trademark “en Vogue” and its possible cancellation were negotiated before the BPatG and the applicant for cancellation was not even famous VOGUE in this case. The court also specified the current case law on company signs in German trademark law in its judgement.

The Case: Refusal to Delete the “en Vogue” Trademark 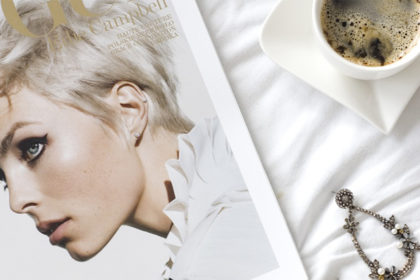 In the present case, the complainant had made use of this protective right and had the sign “en Vogue Sculptured Nail Systems” registered as a company sign under trade mark protection According to § 5 (1) MarkenG in January 2009. The complainant relied on this and applied for the cancellation of the German word and figurative mark “en Vogue”, which was registered in November 2013 for partly identical goods, with reference to the likelihood of confusion.

The Federal Patent Court (BPatG) dismissed the appeal in the same way as the German Patent and Trade Mark Office (DPMA) had dismissed it before. The appellant could not rely on the likelihood of confusion caused by the component “en vogue” in her senior company name, the court ruled, because the term “en vogue” was understood as a descriptive, promotional statement – in the field of fashion, appearance, beauty and also cosmetics. Consequently, the company sign ‘en Vogue Sculptured Nail Systems’ is devoid of distinctive character. The company logo consists of purely descriptive information.

Trademark “en Vogue” – is anyone thinking of THE VOGUE?

Since November 1982, the word and figurative mark “VOGUE” has also been protected in Germany by Condé Nast Germany GmbH. Condé Nast and Advance Magazine Publishers are owners of numerous famous and influential media brands such as VOGUE, Vanity Fair, GLAMOUR, GQ, The New Yorker and WIRED. In fact, the contested trade mark “en Vogue” is also a disputed trade mark in another opposition procedure between the German trade mark applicant and the proprietor of the famous trade mark VOGUE, Advance Magazine Publishers Inc.

In addition, the court has clarified the case law on company names in German trademark law. According to the BPatG, the creation of protection for a company sign initially presupposes its use and occupation in the course of trade. This was independent of whether it was a domestic or foreign designation, but required that it could be inferred that a permanent economic activity had begun.

However, the BPatG specified that the origin of protection was only incompletely regulated in § 5 (2) MarkenG. Because even from the name function follows only the ability to individualize, but not to differentiate between companies, the origin of the protection presupposes the distinctive character of the sign. The BPatG made it clear that a company sign can only fulfil its function through distinctiveness, namely to distinguish companies from each other, and referred to the ruling of the Federal Court of Justice on the Amazon’s search function – we reported.

The decisive factors for the assessment of distinctiveness were therefore the goods or services claimed and also the opinion of the domestic circles involved or addressed. In essence, it had to be assessed whether the sign was suitable to act as the name of the company and thus to be perceived.

However, there are differences in the distinctiveness required for the registration of trade marks between company signs and registered trade marks, the BPatG explained. While register marks must be able to distinguish a product or service nationwide, the ability to distinguish between companies or business establishments and business units at a regional level may be sufficient for company designations.

The distinctiveness required for § 5 (2) MarkenG differs from the concrete distinctiveness required for the registration of trademarks under § 8 (2) No. 1 MarkenG, the court ruled. It also includes an examination as to whether the sign is descriptive within the meaning of Paragraph 8(2)(2) and (3) of the Markengesetz. A particular originality, e.g. through peculiar word formation or the use of colloquial language, is not necessary for the distinctive character of company signs; it is sufficient if there is no descriptive use for the activity of the company.

However, the BPatG ruled that the company sign “en Vogue Sculptured Nail Systems” did not possess the necessary distinctive character and dismissed the appeal against the trademark registration “en Vogue”.

Would you also like to protect your company signs or brand?