May Amazon’s search function suggest anything to its users? The federal supreme court ruled

The German bag manufacturer Ortlieb and the Austrian company Go Fit have filed two independent lawsuits against Amazon. Amazon infringes trademark and competition rights, both medium-sized companies accuse the American online retailer. The decisions of the Federal Supreme Court about the two cases are different. The appeal of Go Fit was rejected, whereas in the Ortlieb case the Munich Higher Regional Court has to deal with the case again. 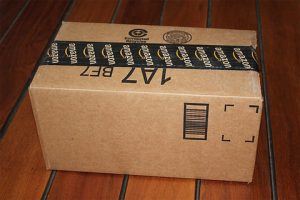 Ortlieb sells waterproof bicycle bags, transport containers, backpacks and leisure equipment. The medium-sized leisure equipment supplier pays attention to its brand identity, customer service and the high quality of its products. Ortlieb has therefore been operating a selective distribution system since 2011. This means that specialist retailers may sell online, but not via trading platforms.

Nevertheless, entering the term “Ortlieb” in the Amazon search results in a large number of hits. Among the products on display are Ortlieb products offered by third parties, but also competing products. Products that are not Ortlieb branded products are both Amazon’s own offers and those of third parties.

The case “Go Fit”, a provider of foot reflex zone massage mats, is similarly supported. Although the health mat of Go Fit is not traded by the company or its distribution system via Amazon, auto-completion in the search function also offers search queries such as “goFit health mat”. And the results show many similar looking massage mats.

In essence, Amazon defended its search results by pointing out that it did not use the mark at all, because the customers themselves enter them in the search mask and the hit list is the result of an algorithm that compiles the hit list. However, the Munich Higher Regional Court rejected this argument as early as 2016 and ruled Ortlieb right. According to the Higher Regional Court of Munich, the algorithm is specified by Amazon itself, and it is precisely through this customer-oriented algorithm that competitor products are displayed when entering the sign “Ortlieb”.

Go Fit also sued Amazon and was awarded the right by the district court of Cologne. The district court of Cologne recognised the likelihood of confusion. Amazon appealed against it, and the Higher Regional Court Cologne (Case No.: 6 U 110/15) ruled in favour of the online retailer in 2016 that neither the risk of misleading the online retailer as to the company origin of the products offered nor a likelihood of confusion with regard to the business name “goFit” would be caused by the search function.

In its argumentation, the Cologne Higher Regional Court also dealt in detail with the trademark law of third parties, which is basically the core question for the dispute between the two German  companies against Amazon.

Decisive: How does the user understand his search query?

It could not be determined that the user understands the search term suggestions in such a way that he will find on the side of the defendant also actually the appropriate products, decided the OLG Cologne. It should also be borne in mind that the user must first actively choose one of the suggested search words before reaching the hit list. The completion proposal and the creation of the hit list are therefore two technically separate issues.

Today, the BGH (Federal Supreme Court) made a final decision as to whether it is objectionable under drawing or competition law if a platform operator automatically evaluates search queries on its platform. This is especially relevant if protected signs are used in the automatically generated results, even though the sign owner’s products are not offered on the platform itself. The judgement does not only apply to Amazon: all trading platforms that offer a similar search function will have to adapt their search results to the judgement.

The two cases were assessed differently by the Federal Supreme Court. In the Go Fit case, the Federal Supreme Court followed the decision of the Higher Regional Court Cologne and rejected the appeal. According to the court, it was initially impossible for the customer to identify the manufacturer from which the products offered originated. Therefore, there is also no use of “goFit” as a trademark by Amazon.

The Ortlieb case is assessed differently. In view of the jurisprudence of the European Court of Justice, it depends on whether the customers could recognize that the offers listed by Amazon originate from other manufacturers. That is why the Higher Regional Court Munich has to deal again with the Ortlieb versus Amazon case and has to check this aspect, according to the BGH.

Manufacturers are increasingly resisting the e-commerce giant Amazon. As early as mid-January, the Düsseldorf District Court had already decided in favour of Birkenstock and against Amazon: the usual practice of placing so-called typographical error advertising on Google in order to refer to products of the Amazon platform was assessed by the German court as misleading advertisements and a preliminary injunction against Amazon was issued: Maybe this article is also interesting for you: Birkenstock versus Amazon: dramatic worsening in the dispute over productpiracy