The trademark term smart is a common description of intelligent technology, the CFI ruled and today confirmed the invalidity of the sign smartthings because it is descriptive. The winner in this invalidity proceeding concerning smart:)things is Samsung. 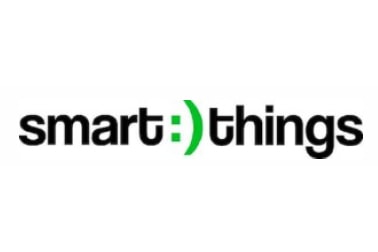 The trade mark applicant defended itself, arguing that the contested mark was distinctive because it was not included in dictionaries when the application was filed in 2012 and, moreover, the concept of the Internet of Things was neither popular nor known by consumers at that time. The term ‘Smart’ was then attributed only to people and not to goods or services.

However, the EUIPO Board of Appeal did not follow this argumentation and declared the trademark smart:)things 2018 invalid- we reported. This decision has been appealed, which has been decided by the European Court of First Instance (CFI) yesterday.

Another interesting aspect of the Board of Appeal’s decision was the emoticon in the middle of the sign smart:)things.

The emoticon did not change this assessment, because it was not distinctive, the Board of Appeal decided. On the contrary, the Board of Appeal found that it is common knowledge that the sign becomes a positive smiley symbol directly, via the usual keyboards. In the contested mark, it emphasises the meaning of ‘smart’ as clever and is not distinctive as such, even when all those elements are combined.

CFI confirms the decision of the Board of Appeal

The CFI found that the trade mark applicant had failed to prove that 2012 Smart was descriptive only for people and not for technology. Moreover, other trade marks containing the trade mark term Smart had long since been refused as descriptive at that time, the CFI stated, citing the refusal of the sign SmartCam in May 2003 and SmartNet in February 2005. More recently, trademark registrations containing the trade mark term Smart have also been refused very often, we can add, for example SMARTLINK, smartactive and the figurative trademark SMART E-BIKE.

The Court of First Instance held that this reinforces the finding that it is incorrect to assume that the relevant public attributes the characteristic ” Smart ” only to the human being, and dismissed the action brought by smart things solutions GmbH.