Samsung wins the smart:)things nullity case before the Board of Appeal of EUIPO. The decision confirms that “smart” has no chance of trademark protection and that emoticons are not automatically distinctive. 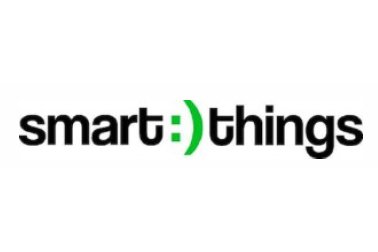 Samsung Electronics GmbH (Germany) had filed an opposition against the registration of the Union trade mark applied for smart:)things for goods in Nice Classes 9, 20 and 35, but initially failed with the opposition before the Opposition Division. The Opposition Division found that the emoticon in the disputed mark had a minimum distinctive character and therefore did not regard the mark as purely descriptive overall.

Samsung challenged that reasoning. That the ubiquitous use and positive connectivity conveyed by that “smiley” emoticon does not lead to an unmistakable sign as a whole, but is downright descriptive by conveying the message that the device leads to a cleverer and more user-friendly device, Samsung argued.

This argument was accepted by the Board of Appeal of EUIPO in the present decision. “smart” and “things” are clearly descriptive, including the combination of both. The emoticon, in turn, promotes positive feelings and, in combination with the word elements, also has a descriptive effect, since the mark as a whole describes “smartness” of the functions of its devices, according to the reasoning behind this decision.

The Board of Appeal stressed that no trademark protection should be allowed for terms which refer to technologically advanced solutions, but which are not yet popular or well known on the date of filing. Such terms are susceptible to being highly sought-after in the following years and then to being descriptive for very many areas.

Are unknown words distinctive when filed?

The trade mark applicant, smart things solutions GmbH (Germany), had argued that the contested mark was distinctive because it had not been included in dictionaries when the union trade mark in dispute was filed in 2012 and, moreover, the concept of the Internet of Things was neither popular nor well-known among consumers at the time. The Board of Appeal dismissed that argumentation. The term must remain free for all market participants, since it is used very frequently for different technologies. The fact that it was not included in a dictionary in 2012 was irrelevant to the case.

The word element “smart” is very popular in new trademark applications, which are, however, regularly refused for registration by the EUIPO. The ruling mentions a small selection of the latest trademark refusals:

Emoticons are not automatically distinctive

The emoticon does not alter that assessment because it is not distinctive. Rather, it is known that 🙂 directly becomes a positive smiley symbol via the usual keyboards. In the contested mark it underlines the meaning of “smart” as clever and is not distinctive as such even in combination of all those elements. The representation of the sign  in green makes it visible in the disputed mark only separately from the representation in the sign. However, according to general case-law, elements in a particular colour are not in themselves distinctive ((03/07/2003,T-122/01, Best Buy), (07/06/2016, T-220/15, We care)).

Accordingly, the Board of Appeal found that the mark at issue was wholly descriptive of the goods and services concerned and declared the mark smart:)things invalid on 20 November.

Do you want to protect a trade mark or brand?

Source for text and picture: