The Green Dot is understood as an indication of environmentally conscious behaviour in relation to the packaging, but not for the products. Today’s judgment of the European Court of Justice confirms the restriction of the collective mark Grüner Punkt to packaging – due to lack of use of the mark. 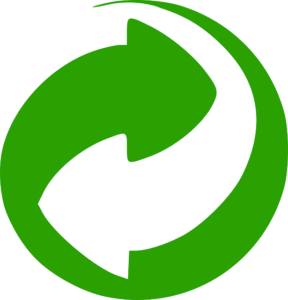 The Green Dot is understood as an indication of environmentally conscious behaviour in relation to packaging, but not for the products in such packaging, the European Court (CJEU) ruled today. The German plaintiff Duales System (Grüner Punkt, engl: Green Dot) claimed in vain an incorrect legal assessment by the Board of Appeal, which had previously decided to restrict the collective mark Grüner Punkt to packaging.

The applicant argued that the Board of Appeal erred in law by denying that the use of a collective mark was product-related and by assuming that the Union trade mark had been used only for packaging in such a way as to preserve its rights. Although correct findings had been made concerning the public’s understanding of the use of the mark, they had not been wrongly assessed as use for the goods themselves.

On 19 July 1999, the contested mark was registered as Union collective mark for a large number of goods and services. In the Union Trademark Regulation, the collective mark is defined as a trademark which “may serve to distinguish the goods and services of the members of the association which is the proprietor of the trade mark from those of other undertakings” (Article 74 UMV). Producers of goods or services protected as a collective mark belong to a particular association and as such are entitled to use the mark.

The dispute arose when, in November 2012, the intervener Halston Properties filed an application for revocation of the contested mark in all categories of goods on the ground that the mark had not been put to genuine use in relation to the goods for which it was registered.

As a trade mark, proof of origin is decisive

In essence, therefore, today’s hearing focused on the assessment of the dispute mark and the question of how consumers perceive the Green Dot: do they consider the packaging to be environmentally conscious or the goods? This is because a proof of origin of the collective mark would only be given if the goods themselves were perceived as a special unit by the Green Dot.

In its decision (contested decision, R 1357/2015-5), the Board of Appeal found that the applicant Duales System had not furnished proof that the disputed mark had been used to guarantee the identity of the origin of the goods at issue.

Consumers would associate the disputed mark “with an environmentally conscious behaviour of the company”. The mark is established as an indication that the packaging waste marked with the sign can be collected in containers or bags specifically provided for that purpose and subsequently recovered. However, as a collective mark, the challenged mark should have been used as an indication of the goods and services of the members of the association.

Collective mark analogous to other types of marks

In this context, you are also welcome to read: “Advocate General: collective marks must also prove their distinctive character“.

Packaging as payment in kind = proof of origin?

The applicant argued before the CJEU that the consumer did not opt for packaging as such but for a particular product with packaging because it came from an undertaking which had provided a service in money’s worth for the packaging of the product in question, so that that packaging and packaging of that kind would be disposed of within the meaning of Directive 2008/98.

Nevertheless, the Court criticised the fact that the applicant had not adduced proof that the use of the contested mark had the purpose of creating or securing an outlet for the goods at issue. All the documents submitted relate to the use of the contested mark in connection with sales packaging. The fact that the challenged mark has been put to genuine use as a collective mark on all types of product packaging in numerous Member States of the Union is not questioned at all.

Admittedly, the CJEU conceded that the contested mark, as a collective mark, refers to the fact that the manufacturer or distributor of the goods at issue is part of the applicant’s licensing system and therefore refers to a certain ecological behaviour of that undertaking. Nevertheless, consumers would distinguish between a mark indicating the commercial origin of a product and a mark indicating the recovery of empty and used packaging waste. It is also apparent from the evidence adduced by the applicant that the products themselves are regularly identified by trade marks belonging to different undertakings.

The Court therefore held and dismissed the action.  According to Court, the applicant had failed to prove, for the relevant period, genuine use such as to preserve the rights of the contested mark for the goods at issue – as the Board of Appeal had correctly held.

Our lawyers will be happy to advise you and represent you before any court. If you are interested, please feel free to contact us – we look forward to hearing from you!