In his today’s Opinion, the Advocate General confirmed that a collective mark must, under normal rules, have distinctive character. This is a setback for Cyprus in the trade mark dispute over Cypriot Halloumi cheese. 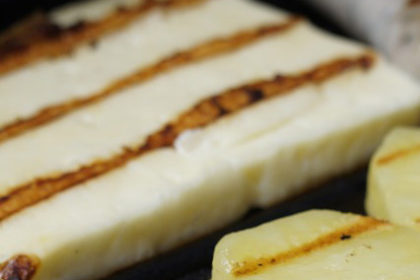 Halloumi cheese as a protected designation of origin?

Cyprus and the Foundation for the Protection of the Traditional Cheese of Cyprus named Halloumi have been trying since 2014 to achieve a protected designation of origin for the well-known Halloumi cheese that would be reserved for Cypriot producers. At the same time, various procedures are underway to prevent Cyprus from using the Halloumi designation under trademark law. Cyprus experienced a setback only a few months ago when they lost trademark protection for Halloumi cheese in the UK – we reported.

However, since July 2000 the Foundation has been the proprietor of the collective word mark HALLOUMI for goods in Class 29 described as ‘cheese’. In the Union Trade Mark Regulation, the collective mark is defined as a mark which “may serve to distinguish the goods and services of the members of the association who are proprietors of the mark from those of other undertakings” (Article 74 UMV). Producers of goods or services protected as a collective mark belong to a particular association and as such are entitled to use the mark.

In the present case, the Foundation filed an opposition against a trade mark application by a Bulgarian company for a figurative mark containing the word element BBQLOUMI (also for cheese). As a result, the Foundation requested the highest European court (ECJ) to annul the previous refusal of its opposition. The Advocate General delivered his Opinion on this matter today. Incidentally, the Court ruled a first case relating to the collective mark HALLOUMI in 2013 with legal effect against the Foundation (order of 21 March 2013, Organismos Kypriakis Galaktokomikis Viomichanias v OHIM (C-393/12 P, not published, EU:C:2013:207)). The designation HALLOUMI has only a low distinctive character, the ECJ had ruled, and excluded a likelihood of confusion with the word mark HELLIM.

The Foundation takes the view, however, that a collective mark necessarily enjoys increased protection, which the Court of First Instance did not take sufficient account of. Increased protection is associated with lower requirements for proof of distinctive character.

However, that is not the case, the Advocate General made it clear in his Opinion today that the distinctive character of collective marks must also be assessed on the basis of the general rules. Thus, since a collective mark, like any other registered mark, is intended to guarantee collective commercial origin, the registration of a collective mark, like the registration of other marks, presupposes its distinctive character. However, it is more difficult to answer the question whether the distinctiveness of geographical collective marks under Article 66(2) of the Trade Mark Regulation can be assessed on the basis of the general criteria, the Advocate General stated.

However, unlike DARJEELING, HALLOUMI does not designate a specific place, but is associated only with one place, Cyprus, explained the Advocate General. In addition, this cheese is often used under the same or similar names in other countries of the region.

The Advocate General therefore recommends that the Court uphold the previous rejection of the Foundation’s objection. The aim pursued by the Foundation to strengthen its HALLOUMI mark could not be achieved by automatically granting geographical collective marks greater distinctiveness, the Advocate General stated. Consumers would still not perceive the geographical indication as an indication of the collective commercial origin of the product.