Process pause until after Brexit? No, judges ECJ 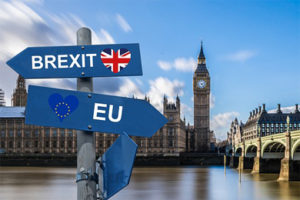 Even before the British Parliament decides on or rejects the orderly Brexit, the first Brexit judgments are made at the European Court of Justice. The complainant in yesterday’s case (C:2018:965), the Canadian Alcohol Countermeasure Systems Inc. argued that the Court should have stayed the case until the United Kingdom left the European Union – in order to set aside the decision in question on the grounds that an earlier British trade mark could no longer be used as a defence against the maintenance of an EU trade mark.

The relevance attached to this case and judgment is demonstrated by the support given by the United Kingdom of Great Britain and Northern Ireland to the EUIPO as a defendant.

Background to the dispute

The Canadian Alcohol Countermeasure Systems Inc. obtained in January 2010 the registration of the EU word mark ALCOLOCK (‘the contested mark’), registered for several goods and services in Nice Classes 9, 37 and 42.

In August 2012, Lion Laboratories filed an application for a declaration of invalidity of the contested mark on the basis of the earlier word mark ALCOLOCK, registered in the United Kingdom in 1996, as well as the contested mark in Nice Class 9. Actual use of the earlier mark was established and the application for a declaration of invalidity was granted in 2014. The applicant Alcohol Countermeasure Systems brought an action against that decision.

She claimed, inter alia, before the ECJ that the Court had infringed the territoriality principle of trade mark law under Article 6 of the United Nations Treaties Series and her fundamental right to use the unitary character of the EU trade mark. In that context, it relies on Article 17 of the Charter of Fundamental Rights of the European Union.

In practice, this would mean that from 23 June 2016, the date of the Brexit referendum, the Court should have taken into account, on grounds of public policy, the future withdrawal of the United Kingdom from the European Union or ordered a stay of proceedings until the actual withdrawal of that Member State in order to set aside the decision in question at a later date.

According to the complainant, it would also not be sufficient for the complainant to file a new EU trade mark for the sign “Alkolock” at the end of the proceedings under Article 50 TEU, because at that time she would no longer be in a position to claim the full benefits of her seniority rights. Moreover, the conversion of the contested mark into national marks until the United Kingdom withdraws from the European Union would expose the complainant to unnecessary and excessive costs.

ECJ does not overturn EUIPO decisions because of future Brexit

The ECJ pointed out that a decision of a Board of Appeal of the EUIPO can only be revoked or amended “on grounds of lack of competence, breach of an essential procedural obligation, breach of contract, [of] this Regulation or a rule of law relating to its application or misuse of powers”. The ECJ may not, however, annul or alter that decision if grounds for invalidity or alteration arise after its adoption.

Only a few weeks ago, the European Court of Justice issued a further ruling in this sense, which concerned police and judicial cooperation in criminal matters on a European arrest warrant issued by Great Britain after the procedure for leaving the European Union had been initiated (RO, C-327/18 PPU, EU:C:2018:733).

The Advocate General had argued in the case that a European arrest warrant should be executed because, at the time of this decision, the executing judicial authority could assume that the issuing Member State, after leaving the Union, would essentially apply to the person to be surrendered the content of the rights under the Framework Decision applicable for the period after surrender. This will apply until further details are available on the legal arrangements which will apply in the issuing Member State after his departure from the Union.

Proof of genuine use of the earlier registered trade mark

The other grounds of appeal raised by Alcohol Countermeasure Systems Inc. concerned proof of genuine use of the earlier registered trade mark, but were rejected by the ECJ. The ECJ clarified that, according to the settled case-law of the Court of Justice, the duty to state reasons does not require the ECJ to provide a statement which exhaustively and individually follows all the arguments put forward by the parties to the dispute, so that the statement of reasons may be implicit. This presupposed that the parties concerned would be able to know the reasons why the ECJ  did not uphold their arguments and that it would provide the Court of Justice with sufficient material to enable it to exercise its powers of review.

In this case, however, the complainant was not able to convince the Court of Justice, which dismissed the appeal completely.

Do you want some information about IP rights after Brexit?