Part 2 of German MaMoG in force: Invalidity and revocation of a trade mark

Part 2 of the MaMoG will enter into force on 1 May 2020. It concerns the proceedings for invalidity and revocation of a trademark, which can now be conducted either in court or before the DMPA. 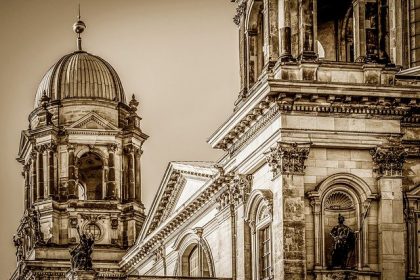 The German Trademark Law Modernization Act (MaMoG) came into force on January 14, 2019. It mainly brought changes for opposition and term of protection in trademark law as well as new national types of trademarks. Part 2 of the MaMoG, which came into force on 1 May 2020, now deals with proceedings for nullity and revocation of a trademark.

Invalidity on the basis of an earlier right

From 1 May 2020, under § 51 Trade Mark Law, a request for a declaration of invalidity and cancellation of a registered trade mark – or for withdrawal of protection of the part of an international registration covering Germany – may also be filed at the DPMA on the basis of an earlier conflicting right within the meaning of §§ 9 to 13 Trade Mark Law. Up to now, these proceedings could only be conducted before the ordinary courts; now, under Part 2 of the MaMoG, this is also possible before the DPMA.

Moreover, § 51 (2) to (4) Trade Mark Law contains special provisions according to which a declaration of invalidity on the basis of conflicting earlier rights is excluded in certain cases (e.g. in case of acquiescence of the younger trade mark or non-use of the earlier trade mark).

Invalidity on the basis of absolute grounds for refusal

There is no change for all proceedings concerning invalidity of a trade mark on the basis of absolute grounds for refusal. Already in the past and in the future a corresponding request must be filed with the DPMA. Reasons for invalidity are an infringement of §§ 3, 7 or 8 Trade Mark Law in the case of trade mark registration, i.e. if the trade mark was not eligible for registration, if the applicant could not be the owner of a trade mark or if there were absolute grounds for refusal.

Request for invalidity of a trademark at the DPMA

A request for invalidity of a trade mark at the DPMA must be filed in writing and the facts and evidence serving as substantiation must be indicated (Sec. 53 (1), first and second sentence, Trade Mark Law) by means of an appropriate form of the DPMA.

Application for revocation of a trademark

Under § 49 Trade Mark Law, the registration of a trade mark is revoked on request and cancelled if it has not been used within a period of five years. In this context, we would also like to refer to the recent decision of the highest European Court of Justice (ECJ), according to which a trademark owner can even claim retroactive trademark infringement for an unused trademark within the five-year period – even after the trademark had been revoked.

If the owner of the registered trademark does not object to the declaration of revocation and cancellation of his trademark, it will be declared revoked and cancelled (§ 53 (5) MarkenG). This has also been the case so far, so it is not an amendment.

A revocation procedure for collective or guarantee marks can only be conducted exclusively at the DPMA. As for other trade marks, the reason for revocation of collective or certification marks is the non-use of a trade mark beyond the 5-year period.

Invalidity and revocation of a trade mark: either in court or before the DMPA

Do you need support in trademark law proceedings?

Our attorneys have many years of expertise in trademark law as well as in the entire field of intellectual property and are entitled to represent you before any office or court in Germany as well as internationally.
Please contact us if you are interested.