Messi vs Massi before ECJ: no likelihood of confusion

For years, the trademark dispute Messi vs. Massi has been brought before the European Courts. The ECJ has now confirmed that there is no likelihood of confusion between the two trademarks due to the high degree of recognition of Messi. 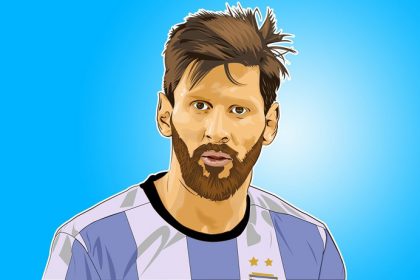 With its judgement (EU:C:2020:722), the highest European Court of Justice (ECJ) confirms the 2018 decision of the CFI at first instance – we reported. With its ruling, the CFI had in turn annulled the decisions of the EUIPO Board of Appeal, which had found a likelihood of confusion in this trademark dispute in the sense of the earlier trademark owner Massi due to the high similarity of Messi and Massi.

The EUIPO and intervener Massi brought therefore an action before the highest European Court of Justice, alleging infringement of Article 8(1)(b) of Regulation No 207/2009. Essentially, the question was: was the reputation of Messi, which was the subject of the application for the later Union trade mark, to be taken into account in assessing a likelihood of confusion?

The ECJ confirmed this. While the reputation of the earlier mark was undoubtedly a relevant factor for the assessment of the likelihood of confusion, the ECJ explained that the applicant’s possible reputation also had to be taken into account. The ECJ was therefore right to find that “Messi” was therefore conceptually distinct from the word “massi” because of Messi’s high degree of reputation. Accordingly, there was no likelihood of confusion between Messi and Massi, the ECJ ruled and upheld the ECJ’s judgment.

Is the high level of awareness of Messi a known fact?

The second ground of appeal was also rejected by the ECJ. The plaintiffs thus essentially dispute that the reputation of the surname Messi as the surname of the world-famous football player and as a person in public life is a known fact.

However, according to the case-law of the Court of Justice, there is no requirement to prove the accuracy of generally known facts, the ECJ stressed. Moreover, the Court of First Instance’s finding that the facts in question are well known constitutes a fact finding.

By requesting the ECJ to review that finding of fact without, however, alleging distortion of it, the applicants request must be rejected as inadmissible. In any event, the footballer’s high reputation must be taken into account in the assessment of the likelihood of confusion.

The action was therefore dismissed. The reputation of world footballer Messi precludes a likelihood of confusion between Messi and Massi.