Proceedings against applications for word or figurative marks are often decided before the CFI. But the current case is special: may the famous footballer Lionel Andrés Messi protect his surname as a Community trademark? Yes, says the CFI. 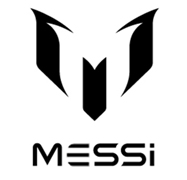 The case began in 2011, when footballer Messi applied for a Community trademark No. 1 0 1 81 154 “MESSI” (figurative mark) at the European Union Intellectual Property Office (EUIPO). In accordance with the usual procedure, the desired trademark application was published in Community Trade Marks (Bulletin No 158/2011). After that Mr Jaime Masferrer Coma filed an opposition under Article 41 of Regulation No 207/2009 (now Article 46 of Regulation No 2017/1001) against the registration of the mark applied for, since he had earlier rights to the word mark of MASSI Union, inter alia in the same class of goods.

The Opposition Division of the EUIPO confirmed this opposition and recognised the likelihood of confusion between the marks in question. This was also confirmed by the First Board of Appeal of the EUIPO.

The judgement of the ECJ 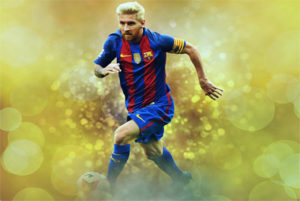 With its current ruling, the CFI (European Court of First Instance) annuls the previous rulings and states: MESSI is distinctive.

The CFI first took into account the graphic elements of the mark applied for, which are clearly different between the two contested marks. The stylized capital letter “M” also makes it immediately clear to all consumers in the respective area that it is the trademark of the famous football player Lionel Messi, according to the court.

The CFI could not detect any risk of confusion in terms of sound either. The correct pronunciation of Messi’s mark applied for would require the stylized “M”, so to speak “m messi”. And this is clearly too “massive”.

Moreover, the EUIPO didn’t not take sufficient account of the fact that Messi is the surname of a very famous footballer. The Board of Appeal alleged that „only the public, who are fans of football or sport in general, knew his surname“. But if that were the case, according to the court, the name of a famous person would not be known to the general public, but only in his footballing field. But that is obviously not the case.

The CFI concludes that large sections of the relevant public would associate the word “messi” with the surname of the famous footballer and thus perceive the word “massi” as a conceptually different concept.