Mere storage of goods in Amazon Marketplace: no trademark infringement 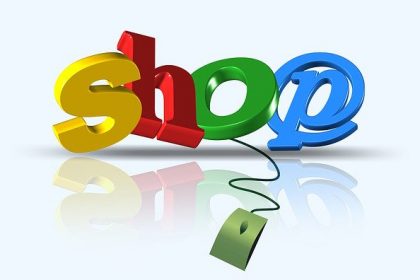 On May 8, 2014, a mystery shopper from Coty ordered a bottle of the fragrance “Davidoff Hot Water EdT 60 ml” via the website www.amazon.de.

Plaintiff Coty had purchased a perfume from a third party offered by Coty (Davidoff Hot Water) through a test purchaser via the Amazon trading platform in Germany. The sale was marked “Shipping by Amazon”; under this Amazon Marketplace program, the third party was entrusted with the storage of the Coty goods. Coty warned the third party on the grounds that the goods were not exhausted. The third party then issued a cease-and-desist declaration with penalty.

Coty now requested Amazon to transfer all inventory relating to Amazon’s shipment from Amazon Marketplace, this fragrance and these third parties. Amazon shipped 30 of these items – however, 11 of the 30 items shipped were from another seller’s inventory on Amazon Marketplace. Coty demanded that the name and address of this other seller be released. In vain, but Amazon said that it could no longer trace which stock these eleven items came from. Coty then sued for trademark infringement under Art. 9 CTMR and Art. 9 UMV.

In those circumstances, the German Bundesgerichtshof (BGH) stayed proceedings and referred the following question to the Court of Justice for a preliminary ruling:

Is a person who stores goods infringing trade mark rights on behalf of a third party without having knowledge of the infringement of the trade mark rights to be regarded as possessing those goods for the purpose of offering them for sale or putting them on the market within the meaning of those provisions if he himself does not pursue those purposes?

Therefore, the ECJ first dealt with the term “use” according to EU Regulation No. 207/2009.

First, the term ‘use’ in this Regulation implies active conduct and direct or indirect control over the act of use.

However, it is also apparent from the wording of Article 9(2)(b) of Regulation No 207/2009 that the content of that provision has been incorporated into Article 9(3)(b) of Regulation No 2017/1001. This means that this provision specifically concerns the offering of goods, their putting on the market, their possession “for the purposes indicated” or even the provision of services under the sign in question, the Court explained.

It follows that the storage of goods bearing signs identical with, or similar to, trade marks can be classified as ‘use’ of those signs only if the trader carrying out that storage itself pursues the offering of goods or their marketing. That was clearly not the case in the present case. The mere storage of goods in the context of an online marketplace does not therefore constitute an infringement of trade mark rights, the ECJ held.

Possession of goods – for what purpose?

Today’s judgement makes it clear once again that what matters is not just possession, but why and with what purpose I own a product. Only if I want to sell the goods do I own them for that purpose. If, however, as a warehouse keeper, I only own goods for others, I do not myself pursue a sales purpose, but only a storage purpose.

The Court ruled that a person who stores goods infringing a trade mark on behalf of a third party without having knowledge of the trade mark infringement is to be regarded, pursuant to Article 9(2)(b) of Regulation No 207/2009 (and Article 9(3)(b) of Regulation No 2017/1001), as not possessing those goods for the purpose of offering them for sale or putting them on the market within the meaning of those provisions if he does not himself pursue those purposes.

Is Amazon, with its Amazon Marketplace, a trademark infringer?

The Advocate General had already discussed this question in his Opinion in November; he considered Amazon with its “Shipping by Amazon” programme to be jointly responsible for goods in this programme and in Amazon Versand and also for any trademark infringements via the Amazon platform.

However, the ECJ rejected to answer to this question, as it did not form part of the actual question for preliminary ruling submitted.

Do you also wish to defend your trademark?

Our lawyers will be pleased to advise you and represent you before any court, including in proceedings for injunctive relief.
Please contact us if you are interested – we look forward to your call!

Judgement of ECJ on Amazon and storage of goods infringing trademark rights; EU:C:2020:267