Advocate General sees Amazon with its program “Shipping through Amazon” as jointly responsible for goods in this program and also for any trademark infringements via the Amazon platform. If the ECJ follows today’s GA opinion in the Coty vs. Amazon case, this would be a paradigm shift in online trading. 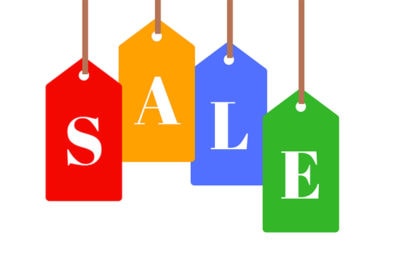 According to applicable regulations, the owner of the Union Trademark has the right to prohibit third parties from offering, placing on the market or owning goods for the aforementioned purposes in the course of business under the Trademark without his consent. But does this also apply to an online trading platform such as Amazon, which only acts as an intermediary for the goods?

Today, the Advocate General of the ECJ delivered his opinion in the Coty versus Amazon case on the perfume Davidoff Hot Water. The Advocate General therefore had to essentially answer whether the so-called third party must have knowledge of his own legal violation if one wants to enforce the right to a sales ban.

In the present case, which has so far been heard in Germany and referred to the European Court of Justice (ECJ) for a preliminary ruling by the Bundesgerichtshof (BGH), the BGH requests the interpretation of Art. 9 (2) (b) CTMR and Art. 9 (3) (b) UMV.

Coty is a perfume distributor and the proprietor of Union trade mark No 876874 DAVIDOFF. In 2014, a test buyer of the applicant ordered a perfume ‘Davidoff Hot Water EdT 60 ml’, offered by a third seller, from Amazon.de, through the website of the applicant. The sale was marked “Versand durch Amazon”.

On the website amazon.de, the defendant Amazon offers third parties the opportunity to place offers for sale in the “Amazon-Marketplace” section. The sales contracts for the goods sold in this way are concluded between the third party suppliers and the buyers. The third-party providers have the opportunity to participate in the “Shipping by Amazon” program, in which the goods are stored by companies of the Amazon Group and the shipping is carried out by external service providers.

As part of the “Shipping by Amazon” program, Amazon Marketplace had commissioned Defendant 3 (located in Graben in Germany and operating a warehouse there) to store the seller’s goods. Coty warned the seller on the grounds that the goods were not exhausted. The seller then issued a cease-and-desist declaration subject to penalty.

Now Coty asked Amazon MarketPlace to release all of the seller’s Davidoff Hot Water EdT 60 ml perfumes. Amazon reacted and sent a package with the “Shipment Reference” TT0034894719, which contained 30 of these perfumes – however, eleven of the 30 pieces sent came from the stock of another seller. Plaintiff Coty demanded therefore the publication of name and address of this other salesman. In vain, because Amazon announced that it could no longer be traced from which inventory the eleven pieces mentioned originated. Coty sued for trademark infringement pursuant to Art. 9 CTMR and Art. 9 UMV.

The Regional Court (19.01.2016 – 33 O 23145/14) dismissed the action and the plaintiff’s appeal was also unsuccessful (OLG München, 29.09.2016 – 29 U 745/16). The Court of Appeal found that the sales contracts concluded for the “Amazon Marketplace” offer were concluded between buyers and third parties, so that – contrary to the view of the appeal – the defendant did not actually sell the product itself.

For the BGH it is decisive for the revision whether a third party must have knowledge of its own infringement for the effective application of the corresponding provisions.

In today’s Opinion, the Advocate General has heralded a paradigm shift for online commerce. According to the previous case law of the European Court of Justice, the operator does not already use the trademark if he displays it on his online marketplace in favour of a seller (judgment of July 2011, L’Oréal (C-324/09, EU:C:2011:474). However, this only applies as long as the online marketplace only provides the technical basis, the Advocate General stated in the Coty vs. Amazon case heard today.

For goods from the Amazon Marketplace programme and under the offer “Shipping by Amazon”, however, Amazon does not act as a neutral intermediary, but has the characteristics of active participation in the marketing of the goods, explained the Advocate General. Even a lack of knowledge of a trademark infringement in the context of this program does not necessarily release Amazon from liability. The Advocate General decided that Amazon’s substantial involvement in the marketing of the goods on the Amazon Marketplace means that Amazon can be required to exercise particular care in monitoring the legality of the traded goods.

This is all the more true as it could reasonably be expected that Amazon would provide the necessary means to uncover the alleged trademark infringement.

Amazon, together with the seller, had pursued the purpose of offering the disputed goods or placing them on the market. Therefore, the Advocate General in his Opinion recommends that the ECJ interpret Article 9(2)(b) of Regulation (EC) No 207/2009 in such a way that