Harley-Davidson has won before the OLG Frankfurt in a dispute about trademark infringement. An ex-authorised distributor is not allowed to use ‘HD’ as part of a new company name or as a sign of his specialisation – even if he is still (wrongly) listed as an official distributor in the navigation software. 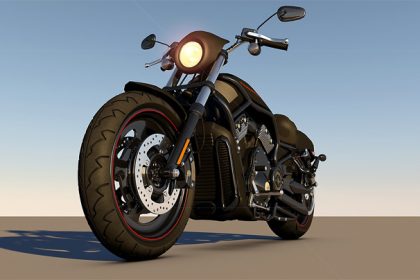 The defendant in this case is the ex-authorised Harley-Davidson distributor who was the authorised dealer of the plaintiff from 1997 to 2017, a German subsidiary of H-D U.S.A. LLC, which is a manufacturer of Harley-Davidson motorbikes.

After the termination of the contract at the end of 2017, the plaintiff examined whether the defendant was still using the Harley-Davidson trademarks in its company name or was still giving the impression in its business appearance (especially in its online presentation) that it was still an official authorised distributor of Harley-Davidson. And indeed, the plaintiff found clear signs of this:

In addition, the defendant operated an online shop under the domain name ‘HDOnlineshop.de’.

Harley-Davidson saw this as a breach of contract and trademark infringement, because according to the “Additional Contractual Provisions for Dealers”, the defendant was obliged to cease all use of the “Harley-Davidson trademarks” after termination of the contract. It is therefore not surprising that the Frankfurt Regional Court upheld the action.

In the appeal before the Frankfurt Higher Regional Court, the defendant asserted two arguments in its favour: because the defendant was still stored with all contact data as an authorised dealer in all navigation devices of the plaintiff’s touring models up to the 2018 model range, it could not be accused of any abuse of rights; after all, it was the plaintiff itself that referred its customers via the navigation even after the end of the contract, it was still the official contractual partner. It was therefore the plaintiff who had shown abusive behaviour.

Moreover, there was no competitive relationship at all between him and the plaintiff, because he was now primarily running a business in the tourism industry.

However, the OLG Frankfurt rejected the arguments. External navigation devices can be updated by the customer himself by connecting the device to a computer via a USB interface. But even if this was not possible, or the necessary update was not delivered at the end of the contract, the OLG Frankfurt explained, this would not be an abuse of rights of the plaintiff. For it would clearly be an oversight on the part of the plaintiff, who of course could have no interest at all in the defendant still being displayed in the navigation software.

After termination of the contract, any use of the “Harley-Davidson trademarks” was therefore to be discontinued, the OLG Frankfurt ruled, and this also applied to the webshop ‘HDOnlineshop’. The use of the abbreviation ‘HD’ infringed the plaintiff’s rights to its Union trade mark ‘H-D’, the court explained, and the use of the abbreviation ‘HD’ in the domain name was also not necessary to indicate a specialisation of the defendant. A specialisation can be invoked in principle according to Art. 14(1)(c) EUTMR (Union Trade Mark Regulation), but not in this case.

This is because the restriction of the EU trade mark proprietor’s rights under Art 14(1)(c) EUTMR presupposes that the use of the trade mark is practically the only means of indicating to the public that the advertiser specialises in the trade of goods bearing that trade mark. The OLG Frankfurt formulated this as the guiding principle of its decision. However, the Frankfurt court added that use of the trade mark was not permissible in this sense if reference was made to a former authorised distributor status by using the trade mark as part of a company name.

Our attorneys have many years of expertise in trade mark law as well as in the entire field of intellectual property and are entitled to represent you before any court – in Germany and also internationally.
Please contact us if you are interested.