Harley-Davidson won a trademark and copyright infringement suit in April against SunFrog, an Internet platform offering custom T-Shirts with design printing. The T-shirt retailer now has to pay 19.2 million dollars in damages. 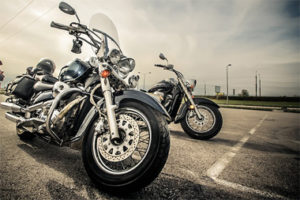 SunFrog was founded in 2013 and developed into one of the largest T-shirt distributors. The business model allows customers to create their own designs for printing on T-shirts, sweaters or mugs. SunFrog’s website contained more than 100 infringing Harley-Davidson designs, word marks and logos, including the “Bar & Shield Logo”, “Willie G. Skull Logo” and “Number 1 Logo” in May 2017, the court ruling states.

In late May 2017, Harley-Davidson filed an injunction with the U.S. District Court for the Eastern District of Wisconsin. SunFrog claimed it was no longer selling the infringing products, but an investigation found that even a month later 93 products with the prohibited Harley-Davidson designs were still available.
SunFrog’s efforts to change its business structures in such a way that further trademark infringement could be ruled out were acknowledged in court. But at the same time, the company continued to promote the controversial products on social media channels and often waited several days to remove the products from its website. SunFrog was also accused of facilitating the advertising and promotion of products on social media sites by providing its vendors with sales tracking tools and tutorials for social media marketing. In the ruling, Facebook advertising was explicitly named as the source of most of SunFrog’s sales.

Judgement for counterfeiting according to Lanham Act

For this reason, a “partial summary judgment” was issued in favor of Harley-Davidson, according to the court, which permanently prohibits SunFrog from using the Harley-Davidson brand and also for printing on its products. The verdict was officially passed for counterfeiting under the Lanham Act. In addition, the court awarded 19.2 million dollars in legal damages. The court took SunFrog’s intensive Facebook advertising model and Harley-Davidson’s licensing business into account when determining the high damages.

The primary trademark law in the USA is reffered to as Lanham Act.

The Lanham Act is described in Act 15 U.S.C. §§ 1051 ff. The law prohibits trademark infringements and also false advertising, and serves the purpose of protecting trademarks in order to avoid confusion among consumers and to prevent dilution of a famous trademark. It was enacted in 1946 under President Truman.

Under the Lanham Act, “use in commerce” means the actual use of a trademark in the ordinary course of business.

Quoted and translated from our legal wiki (in German): wiki legal-patent.com

As a premium brand manufacturer, Harley-Davidson operates a documented licensing model. According to the ruling, Harley-Davidson requires its licensees to comply with strict quality standards, including:
(1) Licensees must first submit product concepts and an artwork for Harley Davidson’s
(2) Submit a pre-production product sample after Harley Davidson’s prior written approval;
and (3) Once the pre-production product samples are approved, the licensees for Harley Davidson’s written approval must provide a production sample of the actual product that will be sold to the public.
According to the court, the licensing revenue over a period of about 10 years amounted to 400 million dollars.

Do you want to protect your brand or trademark?

Judgement of the U. S. Eastern District Court Wisconsin, Case No. 17-CV-711-JPS