Genuine use of a trademark – for any service or product? 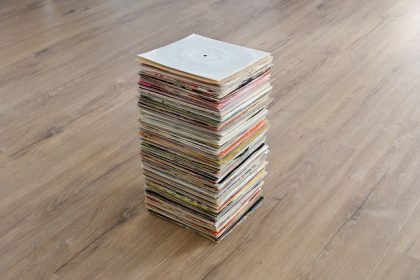 In June 2010 the intervener, Accelerate IT Consulting GmbH (Germany), filed an application for registration of the figurative sign ‘businessNavi’ as a Union figurative mark for, inter alia, services in Class 42, which included computer consultancy services for hardware and software and the implementation of computer programs.

In January 2016, the applicant, Sta*Ware EDV Beratung GmbH (Germany), applied to the EUIPO for revocation (under Article 58(1)(a) of Regulation 2017/1001) of that mark for all the Nice classes claimed, for lack of use of the mark. Furthermore, the Board of Appeal did not specify the services covered by the contested mark. However, the examination of genuine use of a trade mark must be carried out for each product covered by the mark in question.

Services in Class 42 not a homogeneous group?

In the proceedings (EU:T:2019:877, judgement of 19th dec 2019) before the European Court (Court of First Instance, CFI) the focus was on the proof of genuine use of the trade mark in the Nice Class 42. The Board of Appeal had confirmed the disputed trade mark for this class. The applicant argued that the individual services claimed could not from the outset form a homogeneous group which could have been dealt with in a uniform manner because they had a variety of possible purposes. Therefore, the Board of Appeal did not comply with its obligation to state reasons and should have formed several categories.

The CFI rejected that objection. The Court confirmed that, under the first sentence of Article 75 of Regulation No 207/2009 (now Article 94 of Regulation 2017/1001), reasons must be given for EUIPO decisions. However, where a trade mark has been registered for goods or services for which it is not possible to make clear subdivisions within the relevant class, the proof of genuine use of the trade mark for those goods or services for the purposes of the opposition proceedings necessarily covers the whole class. It is practically impossible for the proprietor of a trade mark to prove its use for all conceivable variants of the goods or services covered by the registration, the CFI stated.

The Board of Appeal did indeed provide the necessary statement of reasons, the CFI therefore held. That was particularly so because the Board of Appeal had found that the documents submitted by the intervener showed that it marketed complex software for businesses with an implantation period of several days. The services claimed in Class 42 were, to a large extent, inseparable. Thus, IT creation goes hand in hand with consultancy. As a rule, the software created is also installed or implemented, configured, maintained, managed and monitored at the customer’s premises, the court explained. The Board of Appeal therefore took into account the purpose and intended use of the services in question. And this is a decisive criterion for defining the sub-categories of services.

In this context, you may also find these blog articles of interest to you:

Extent of proven use of a mark

The applicant also denied that the extent of use had been sufficiently proven. According to the applicant, most of that turnover was generated by software not falling within the services in Class 42 and by licensing that software. Furthermore, one of the two invoices submitted to prove use of the mark was outside the relevant period of use.

The Court rejected that argument. The applicant did not explain how and why ‘hardware consultancy’ and ‘software consultancy’ could be considered independently of each other. Although the invoices submitted were primarily concerned with the licensing of business navigation software, they also regularly covered the relevant services in Class 42, as the EUIPO had already found.

It should also be taken into account that the sale of the licence is connected with a support and consultancy service in the context of installation as well as maintenance, without this necessarily being or having to be explicitly mentioned on the invoice, the court stated.

Evidence predominantly for the word element of the figurative mark

As a final point, the applicant submits that, for the most part, the evidence adduced was largely confined to the use of the word element ‘businessNavi’ and not that of the figurative mark at issue. This use of figurative marks – think of logos – is quite common in the business environment.

The Court rejected the applicant’s objection. The dominant element of the challenged mark is the word element “businessNavi”, the court found. The use of the contested mark exclusively with the word element “businessNavi” must therefore be considered equivalent to use as a figurative mark. Even if a figurative element corresponding to the company name is used, for example, in the page header of several documents, this does not in itself impair the identifying function of the mark, the CFI clarified.

Moreover, according to the case-law, the fact that the registered mark is sometimes used with and sometimes without additional elements may constitute one of the criteria from which it may be concluded that the distinctive character is not affected.