The trademark dispute over the successful film “Fack Ju Göhte” has taken a new turn today. The Advocate General of the ECJ sees no clear violation of morals in the film title and refers to the right of expression in trademark law.

Background: Trademark registration was refused due to violation of morals 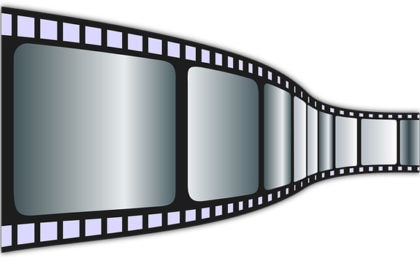 In September 2015, the application for trade mark registration was rejected by the EUIPO with reference to Article 7(2) UMV for all the goods and services applied for, as the application was contrary to public policy and morality.

Constantin Film AG appealed against this decision and argued:

The vulgar character was analysed and established only for the component ‘Fack ju’. However, the trade mark application reads ‘Fack ju Göhte’ in its entirety. It must therefore be examined whether the expression as a whole is contrary to accepted principles of morality.
The expression “fuck you” has no sexual meaning, but is a common curse. Accordingly, the trade mark application ‘Fack ju Göhte’ verbalises the general school frustration in a joking and juvenile manner, the writer being merely a placeholder.
In addition, the film company referred to the extraordinary visitor success of the film triology and claimed that the trademark application “Fack ju Göhte” spread and associated cheerfulness and entertainment, the film title was by no means offensive or insulting.

CJEU/CFI saw “Fack ju” as “Fuck you” – offence against morals

The CFI rejected these arguments. In German, “Fack ju” is known as the slang term for the English “Fuck you”, and “Göhte” is equated with the writer Johann Wolfgang von Goethe. It is a lutschwritten translation into German of the English expression ‘fuck you’, which is generally known to the German-speaking public. In those circumstances, the mere fact that the sign applied for has a special spelling is not sufficient to give it a satirical, jocose and playful content, the CFI held. Moreover, in the field of art, culture and literature, the protection of freedom of expression is always sought, which does not exist in the field of trade mark law. The CFI added that the fact that the film “Fack Ju Göhte” had been seen by several million people since its release did not mean that the relevant public would not be shocked by the sign (we reported: “Fack ju Göthe” before the CJEU: humour or offence against morals?).

Constantin Film before the ECJ

The Court of First Instance of the European Union examined the application mark ‘Fuck you, Goethe’ instead of the concrete application mark ‘Fack Ju Göhte’. It is an original and distinctive concept of art, which seems joking and harmless due to the wrong spelling. In this respect, the CFI also failed to correctly assess the perception of the German-speaking public. This is in breach of Article 7(1)(f) of Regulation No 207/2009 and of the principle of equal treatment, since the sign ‘Die Wanderhure’ was assessed differently in a similar case.

In his Opinion today, the Advocate General confirmed Constantin Film AG’s first ground of appeal. In particular – contrary to what the CFI had ruled – the right to freedom of expression must also be observed in trademark law. Constantin Film had argued that the EUIPO had been too strict and should have given greater weight to the freedom of expression contained in the disputed mark.

The EUIPO could of course state that the mark applied for was contrary to accepted principles of morality, especially if the question of good morals had to be examined throughout the Union. This, however, increases the requirements for justification if the EUIPO wishes to deviate from what national authorities have judged to be compatible with morality, the Advocate General stated in his Opinion today. However, those requirements were not complied with in the present case. In German-speaking countries, the film was a great success and it was shown that the film title had been duly authorised, that it had been released for young people and that the positive perception of the film could also be demonstrated by its inclusion in the Goethe-Institut’s learning programme. The CFI did not take this into account in its assessment of the film as a violation of morals.

Therefore, the Advocate General considered an error of law in the CFI’s judgment that the Court of First Instance erred in law in its interpretation of Article 7(1)(f) of Regulation No 207/2009.

No moral offence, but also no resemblance to “Die Wanderhure”

However, the Advocate General rejected an infringement of the judgment against equal treatment. The application for registration of the sign at issue and the application for registration of the sign ‘Die Wanderhure’ (in engl: The wandering whore”) cannot be regarded as similar, he clarified. That is because the sign ‘Die Wanderhure’ was descriptive of the content of the film of the same name, whereas that was not the case with the sign at issue.

However, since the first ground of appeal was upheld, the entire judgment should be set aside if the European Court of Justice (ECJ) follows the Advocate General in his decision of the Opinion. An important stage victory for Constantin Film AG.