Fack ju Göthe and the EU Court of Justice: humour or moral offence?

“Fack ju Göthe 3” has just been released in German cinemas – and this film title is now before the European Court of Justice. The court must clarify whether the film title was rightly rejected as a trademark application: a case of morality. 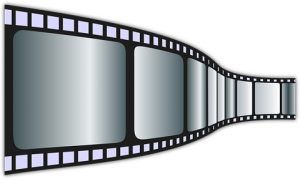 When Constantin Film AG began with the extremely successful film triology,”Fack ju Göthe” was deliberately intended to take the juvenile style of expression and at the same time humanistic education for a ride. Since the film was a comedy, a casual, satirical film title was intended. And you could say: the success proved it right. When the film was released in 2013, it was one of the most successful German films, attracting almost 7.4 million viewers. The humorous comedy also enjoys international success.

Update of 25 January 2018: Judgment pronounced at first instance at the CJEU

Constantin Film AG itself is responsible for the fact that there is now a case before the European Court of Justice (ECJ) at all. In April 2015, the film company applied for registration as a protected Union trademark at the European Trade Mark Office. The entry in the nizzas classes 3,9,14,16,18,21,21,15,28,30,32,33,38 and 41 was desired. These include classes whose products are mainly aimed at children and young people, such as class 16 with stationery and even teaching aids, class 28 for games and toys and class 41 for educational and entertainment services and sporting activities.

Arguments for and against trademark registration 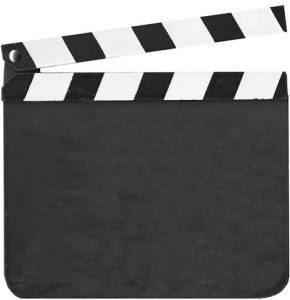 In September 2015, the application for trademark registration with reference to Article 7.2 UMV was rejected for all the goods and services applied for, since the application infringed public order and morality. In particular, the European Trade Mark Office addressed the following points:

Constantin Film AG appealed against this decision and responded with the following arguments: 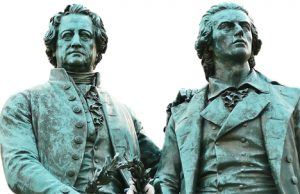 Article 7.1 (f) UMV prohibits the registration of trade marks which are contrary to public policy or morality. This includes all signs whose use is prohibited by a provision of Union or national law. There is also a public interest in ensuring that children and young people, in particular, are largely spared from being confronted in general business dealings with words that are offensive, obscene or disturbing. Examples of this are previous rejections for “fucking freezing!” and “FUCK CANCER”. EUIPO has also rejected applications for word marks such as “FML Fuck My Life”,”Fuck Art, Let?s Dance!” and “Fuckin’ Monday”. Similarly, registration as a trade mark excludes all signs which are manifestly degrading, malignant or which have a disparaging effect on race or culture.

In this context the word component Göthe may especially be regarded as a violation of morals. In this film title Göthe is just used as synonym for school frustration, claims the film company. Does this depict the famous German writer Johann Wolfgang von Goethe in a degrading and disrespectful manner?

This is not the only question that the European Court of Justice will have to answer.

Other aspects are important for the registration of a word mark, for example the descriptive content. The registration of trademarks with descriptive content regularly fails. The reason for this is that it is not intended to prevent the movement of goods or services from being described as what they are. But the film title Fack ju Göthe is by no means descriptive of the film’s content, and Goethe in particular does not play a role in it at all, claims the film company. And so the European Court of Justice has announced that it intends to take a close look at the content of the film itself in order to clarify this issue.

Union trade mark law does not replace the trade mark rights of the Member States. According to settled case-law, the Union regulation on trade marks is an autonomous system consisting of a set of rules which pursue its own objectives and whose application is independent of any national system. It is therefore possible that a trade mark may not be protected because of linguistic, cultural, social and economic differences in one Member State but may be protected in another Member State or at European level.

Translated quatation of the appeal of Constantin Film AG before EUIPO, 2015

By the way, the fact that the film title Fack ju Göthe is a lawsuit before the European Court of Justice only has an impact on the registration as an European trademark, but not on the registration of a German trademark, for example. After all, there have been trademark registrations at the German Trade Mark Office in recent years, which also raise the question: does this offend against good morals? Constantin Film AG itself is also the beneficiary. Since 2015, she has been the owner of the word mark “Leck mich, Schiller” (i.e. “kiss my ass, Schiller” / Friedrich von Schiller was another famous German writer and a friend of Goethe).