The CFI ruled against the likelihood of confusion between the figurative marks PANTHÉ and PANTHER, both registered for fashion and clothing. The owner of the earlier Panther figurative mark is El Corte Inglés – and has been since 1978. 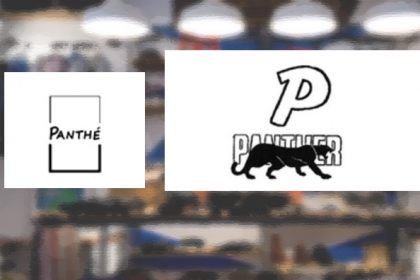 On 14 February 2017, the intervener, MKR Design Srl (Italy), filed an application with the European Union Intellectual Property Office (EUIPO) for an EU trademark, a rectangle with the lettering “Panthé”, inter alia for Nice Class 25 “Clothing, headgear”.

Following publication of the trade mark registration, the applicant, El Corte Inglés, SA (Spain), filed an opposition against this figurative mark in June 2017. El Corte Inglés, the largest goods chain in Europe in terms of turnover, relied on its own, much older Spanish word mark PANTHER, which has been protected since the 1950s, as well as the Spanish Panther figurative mark, protected since 1978, also for goods and clothing in Nice Class 25.

In addition, El Corte Inglés has also protected a Panther EU figurative mark for “knitwear and polo shirts” in Nice Class 25 since 2013.

In response to the opposition against the trademark application, the intervener first requested proof of use of the trademark, which El Corte Inglés provided. This is a popular approach in trademark infringement cases against big brand names; because even famous trade marks such as adidas are adapted to the spirit of the times. Trademark protection, however, only exists for a figurative mark as filed at the time of application.

And indeed, El Corte Inglés’ opposition was rejected, both by the Opposition Division and by the Board of Appeal, which was subsequently seised, ruling that there was no likelihood of confusion between the figurative marks and that the evidence of use of the earlier mark submitted by El Corte Inglés was insufficient.

This decision was challenged before the European Court (Court of Justice of the European Union, Court of first Instance (CFI)). The applicant El Corte Inglés mainly referred to the identity or the high degree of similarity of the goods claimed. Considering the overall similarity of the marks in dispute, it was wrongly decided that there was “no likelihood of confusion”, the applicant argued.

The ECJ therefore re-examined in detail the similarity of the respective Panther figurative marks. For identical goods claimed by conflicting marks, even a low degree of similarity can be sufficient to establish a likelihood of confusion.

As usual in such a review, the CFI assessed the figurative marks visually, conceptually and phonetically. The court ruled that there was a high degree of phonetic similarity due to the panther, but no conceptual similarity at all.

This needs to be looked at more closely: although the court ruled that for consumers in the EU the sound of Panther and Panthé is very similar. Nevertheless, Panthé is not perceived as a reference to Panther, so there is no conceptual similarity, the CFI ruled. The court itself pointed out that the word panther occurs in many EU languages – but not in all of them. However, the plaintiff had not provided any evidence for this anyway, and furthermore, panther is indeed slightly altered in the EU languages. The CFI cited English, Danish and Spanish with the respective words ‘panther’, ‘panter’ and ‘pantera’. All three language variants of Panther are clearly different from Panthé, the CFI ruled.

And visually? Since the mark applied for does not represent a panther at all, but this is very important in the earlier figurative mark, the overall visual impression is clearly different from that of the mark applied for, the CFI ruled, also referring to minor differences due to some different letters and the rectangle in the younger mark.

Therefore, the CFI added, the Board of Appeal had rightly decided that there was no likelihood of confusion between the marks. This is because the goods claimed are chosen visually by the consumer, and therefore the visual differences are to be given particular weight in the overall impression.

Would you also like to protect or defend your brand mark?

Sources for text and images: