The rebranding of goods prior to their importation into the EEA infringes the rights conferred by a Union trademark and the trademark proprietor can oppose rebranding, the ECJ ruled in the conflict concerning the removal and reaffixing of the Mitsubishi trade marks on forklift trucks. 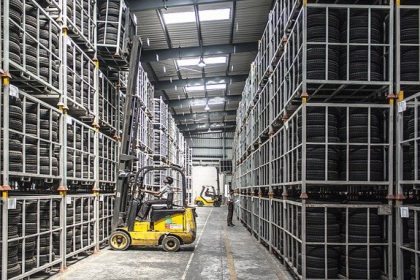 The ECJ ruled today in the Mitsubishi Shoji Kaisha and Mitsubishi Caterpillar Forklift Europe case. The answer to the question referred by the Brussels Court of Appeal (Hof van beroep Brussel) concerned the interpretation of the EU regulations, namely Article 5 of Directive 2008/95/EC and Article 9 of Regulation (EC) No 207/2009.

Can a trade mark proprietor oppose a third party who, without his consent, places that product on the market in the EEA for the first time but removes all trade marks and affixes other signs, that is to say, rebranding?

Advocate General focused on use of the trade mark

In his Opinion, the Advocate General had focused on the aspect of the use or non-use of a trade mark. He was of the opinion that the complete removal of the trade mark could not be regarded as a use of that mark (Article 5 of Directive 2008/95/EC and Article 9 of Regulation (EC) No 207/2009), since the use of a trade mark must be ‘in the course of trade’.

In fact, however, the defendants Duma and GSI purchased forklift trucks from a company of the Mitsubishi Group since November 2009 and placed them under the customs warehousing procedure. The rebranding was then carried out in this bonded warehouse, followed by import and sale in the EEA and third countries.

The ECJ ruled in favour of the trademark owners and applicants Mitsubishi Shoji Kaisha and Mitsubishi Caterpillar Forklift Europe.

The Court has repeatedly stressed that it is essential that the owner of a trade mark registered in one or more Member States be able to control the first placing of goods bearing that trade mark on the market in the EEA, the ECJ stated. The removal of signs identical with the trade mark and the affixing of new signs to the goods with a view to the first marketing of the goods in the EEA affects the functions of the trade mark, explained the Court of First Instance, recalling the essential function of a trade mark, namely ‘guarantee of origin’.

Similarly, with regard to the concept of ‘use in the course of trade’, the Court of First Instance referred to the case-law and held that the list of forms of use which the trade mark proprietor may prohibit, contained in Article 5(3) of Directive 2008/95 and Article 9(2) of Regulation No 207/2009, is therefore not exhaustive. According to the applicant, there is use of a sign identical with the trade mark where the trader concerned uses that sign in the course of its own commercial communication, that is to say, active conduct. That goes beyond direct relations between a trader and a consumer. The ECJ stated that the EU provisions should provide the trademark owner with a legal instrument which enables him to prohibit any use of his trademark by a third party without his consent.

The ECJ held that a trade mark proprietor may therefore oppose such practices, such as those in the present case, pursuant to Article 5 of Directive 2008/95 and Article 9 of Regulation No 207/2009. It is irrelevant that the rebranding of goods is still carried out under the customs warehousing procedure. This is because operations under the customs warehousing procedure are carried out with a view to importing and placing those goods on the market in the EEA.

Furthermore, the ECJ pointed out that this also applies to comparable goods originating from third countries – including their packaging. A prerequisite for this is, of course, that the trademark owner is entitled to prohibit the marketing of the goods in the country of final destination.