Mondelez vs. Nestlé: EU trademark protection of 3D Kit Kat Form remains under review. Following today’s judgment of the ECJ, the EUIPO must re-examine whether the three-dimensional shape of the product “Kit Cat 4 Finger” can be maintained as a Union trademark.

Will Nestlé lose EU-wide brand protection for the shape of its four-finger Kit Kat bar?
Competitor Mondelez has been trying to lift the protection of the 3D trademark since its registration with the EUIPO. In 2016 Mondelez scored a partial success before the Court of the European Union (EC), but both plaintiffs and defendants were dissatisfied with the judgment at the time.

By judgment of 15 December 2016, the Court annulled the decision of EUIPO. It found that the EUIPO had made a mistake in concluding that the mark at issue had become distinctive as a result of its use in the Union, even though this had only been established for part of the territory of the Union. 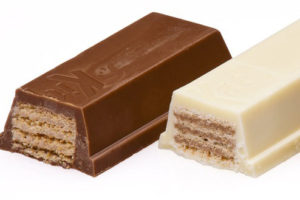 Mondelez as well as Nestlé and EUIPO have appealed the decision of the European Union Court of Justice of 2016. Mondelez does not agree with the ECJ’s finding that the 3D mark has become distinctive in the Union countries of Denmark, Germany, Spain, France, Italy, the Netherlands, Austria, Finland, Sweden and the United Kingdom through use.

Nestlé and EUIPO, on the other hand, see the judgment as jeopardising the principle of uniformity of the Union brand and the single market. In the view of those two parties, it is not necessary for Union trade mark proprietors to prove the distinctive character of each Member State.

Both plaintiffs and defendants therefore appealed the judgment, which was decided in today’s judgment.

In today’s judgment, the Court rules that the appeal brought by Mondelez must be dismissed as inadmissible, since it does not seek to set aside the formula of the contested judgment, but merely to amend certain grounds of the judgment.

Nor is it sufficient that the person who bears the burden of proof should confine himself to presenting evidence which does not cover a part of the Union, even if it is only a single Member State, the ECJ made clear today. It follows from that that the Court of First Instance was right to annul the EUIPO decision in which the EUIPO found that the mark in question had achieved registration without commenting on the registration of the mark in Belgium, Ireland, Greece and Portugal.

Following today’s judgment of the European Court of Justice (ECJ), the EUIPO must re-examine whether the three-dimensional shape of the “Kit Kat 4 Finger” product can be maintained as a Union trademark. Today’s ruling makes it even more likely that Nestlé will lose EU-wide trademark protection for the shape of its four-finger Kit Kat bar.

Are you interested in Trademark protection and 3D form protection in the EU?