The Italian designer Andrea Incontri won for the time being in the dispute over the desired trademark registration of his own name, under which Incontri also operates its own fashion label. In the European court it was about the dominance of first and last names, but not about the fashion label. 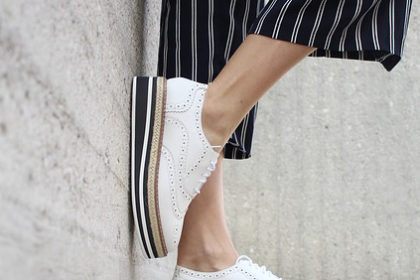 Andrea Incontri registered its own name as a European word mark in 2012. Around the same time, in June 2012, the famous fashion magazine Vogue Italia drew attention to the Italian designer. In February 2014, the Financial Times also reported on the successful designer. Incontri developed its own fashion label under the name Andrea Incontri.

But the desired trademark registration was not so successful. The trade mark registration was granted to Unionwordmark Andrea Incontri for Nice Class 3 and published on 4 January 2013. However, in April 2013, the intervener Higicol, SA (Portugal) filed an opposition against the registration of the mark on the basis of a likelihood of confusion with its own earlier word mark ANDREIA, registered both as a Portuguese trade mark and as an international registration in which France and the United Kingdom designate the word mark ANDREIA. The Opposition Division and the Board of Appeal of the EUIPO upheld the intervener Higicol and declared the word mark Andrea Incontri invalid. The sign ANDREA INCONTRI as a whole has no conceptual meaning. The word elements “andrea” and “incontri” would dominate the overall impression of the mark applied for, irrespective of whether French consumers and those of the United Kingdom perceive those word elements as a combination of first and last names or not, that decision was reasoned.

The European Court on dominance of first and last names

The European Court (Court of Justice of the European Union (CJEU), Court of First Instance (CFI)) therefore assessed the dominance of first and last names in a word mark. In the case of a word mark consisting of a first name and a surname, all the relevant factors of the case must be taken into account, in particular the fact that the surname in question is unusual or, on the contrary, very common, the CJEU ruled. The question whether a word element is perceived as a common forename or not is relevant to the assessment of the distinctive character of that element. The Board of Appeal erred on that point and disregarded the fact that Incontri is a rather rare surname. The Board of Appeal therefore erred in finding that the word elements “andrea” and “incontri” were dominant together.

In addition, a mark is perceived by an average consumer as a whole and the distinctiveness between the contested mark ANDREA INCONTRI and the earlier word mark ANDREIA must therefore be assessed. In the present case, the Board of Appeal had established two different hypotheses:  In the first of those hypotheses, the relevant public perceives the word elements “andrea” and “incontri” of the mark applied for as first and last names, but in the second case they do not perceive the mark as first and last names. Therefore, the Board of Appeal could not have avoided clarifying how the mark applied for would be perceived by the relevant public, the CFI held. Had the Board of Appeal therefore decided that question in favour of the first hypothesis, it could have found that there was no likelihood of confusion, the Court of First Instance clarified.

However, it is not for the Court to resolve that question for the first time, but for the Board of Appeal to rule on it.

How can it be that the reputation of the fashion label Andrea Incontri had no relevance for the procedure? It is a fact that is repeatedly ignored that the European court – analogously also the German courts – can only act in relation to the contested decision, the court can annul or change the decision. The plaintiff Andrea Incontri had also requested this. The CFI considered that this  application to be admissible and interpreted the action as including an action for annulment – the condition for an application for amendment of a decision.

However, the CJEU rejected as inadmissible its second head of claim, namely that registration of the mark applied for should be accepted in its entirety. The Opposition Division does not issue formal decisions declaring the registration of the European Union trade mark on which an appeal may be lodged. As a result, the Court is not entitled to register a European Union trade mark, the CJEU clarified.

The applicant Andrea Incontri also submitted evidence of its reputation too late (press clippings of an introduction to the brand ANDREA INCONTRI): not before the Board of Appeal, where that evidence would have supported Incontri’s argument, but before the Court of Justice. Such documents must therefore be excluded as inadmissible without their evidential value having to be assessed, the CJEU stressed the established case law.