There are numerous trademark registrations with the element ‘cloud’ – for example the Apple trademark ICloud. But ‘the cloud’ is a general term for cloud computing and data storage on the Internet. So is ‚Cloud‘ descriptive of this area? 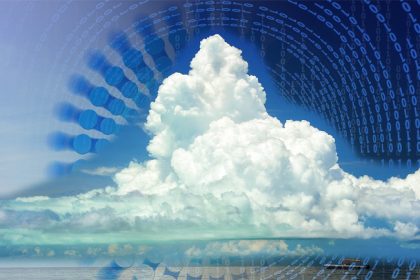 In 2017, the CFI noted that part of the audience, namely the English-speaking audience, would understand the meaning of the English word ‚Cloud‘ and associate it with “cloud computing services”. The content of this case (CFI: DriCloud vs. ICloud, T-223/16) was about Apple’s accusation that its own trademark ICloud was infringed by the trademark application DriCloud – which Apple incidentally managed to win.

What is interesting in this judgment with regard to the element ‚Cloud‘ is above all what the CFI explained: A part of the public in the European Union does not understand the English word ‚cloud‘ and also does not associate it with the expression “cloud computing”, the CFI ruled. Moreover, that connection does not even exist with the word ‘ICloud’ from the perspective of the English-speaking public, it added.

An interesting finding of the court in 2017 – when digital transformation and the use of cloud computing was already everyday life in industry and companies.

2020: “wi-fi powered by the cloud” – descriptive for digital data collection?

Even in 2020, the CFI still does not classify the term ‚cloud‘ as ubiquitous for cloud computing as one might assume. In September 2020 (EU:T:2020:441), the CFI declined to invalidate a word and figurative mark “”wi-fi powered by” and “the cloud” with a distinct figurative element in the form of a cloud. The mark in dispute claims numerous services in Nice Classes 9, 38 and 41, primarily digital data collection, storage, processing and transmission.

The applicant, which filed the application for invalidity of the cloud mark, argued that ‚the cloud‘ element of the contested mark refers to a model for using computing resources on the Internet known as “cloud computing,” which has existed since the 1970s and provides universal, convenient, on-demand network access to a shared set of configurable computing resources.

Wikipedia excerpt is not full proof

As evidence, it submitted to EUIPO an excerpt from the Wikipedia encyclopedia dated March 1, 2016, according to which the use of the phrase ‚the cloud‘ should be understood as a reference to cloud computing.

However, the CFI did not recognize this reasoning. Online databases such as the encyclopedia Wikipedia can be used to prove the descriptive character of a sign, the court explained – but only if this has corroborative value to confirm information from other sources. Scientific studies, excerpts from technical works, press articles and statements from experts, traders and consumers are recognized as sources of information – but not a Wikipedia entry as the only evidence.

As the applicant had not presented any further evidence before the EUIPO and took for granted that ‚cloud‘ would be understood as cloud computing, the action was dismissed by the CFI for lack of evidence for the objection that the mark was descriptive of digital data collection – judgement in 2020. As a consequence, the decisions of the Cancellation Division and the Board of Appeal, in which the application for invalidity of the mark had been rejected, were confirmed.

We add at this point: In 2016, both the U.S. magazine Bloomberg and in Germany Computerwoche published “The top 5 cloud trends for 2017”. In addition to Google and Amazon, Microsoft (Azure) and IBM were now naturally also mentioned in the press.

A 2017 survey by the Bitkom association and the consulting firm KPMG showed: In 2017, two-thirds of German companies used the ‚cloud‘ for their work, and a further 21 percent were planning or discussing this step. And the Forbes magazine informed in 2017 that 73% of companies were planning to switch to a fully software-defined data center within 2 years – and in 2018, 80% of all IT budgets would flow into ‘cloud’ solutions.

The judgments mentioned here are all the more astonishing because the term “smart” and also the vowel “I” have long been classified and interpreted by the European Court in the sense of the digital world. If you are now wondering why Apple was allowed to protect the term “ICloud” as a Union trademark, you should notice that this sign has been under protection since 2002. So Apple was a bit ahead of the times in this respect as well – and always fights relentlessly for its marks.

Our attorneys have many years of expertise in trademark law as well as in the entire field of intellectual property and are authorized to represent you before any court – in Germany as well as internationally.
Please feel free to contact us if you are interested.

The Court decisions are linked directly in the text.