The action of the trade mark owner of the EU word mark Malle against the cancellation of the EU trade mark was rejected by the CFI; the Union trade mark Malle remains cancelled. In many cases organisers of a “Malle party” had been warned with reference to the trademark protection for “Malle”: a legal dispute in DE and in the EU. 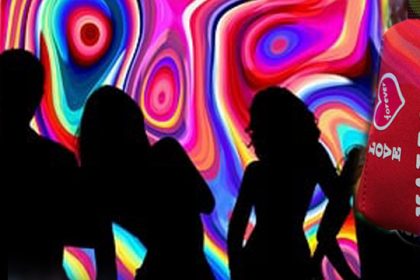 The legal dispute about the Union trade mark “Malle” has been going on for several years. Malle is a protected trademark, both since 2002 as a European word mark and since 2001 as a German word and figurative mark. The trademark owner is Mr Jörg Lück (Germany). He had secured the trademark rights to the term “Malle” as an EU trademark in several classes of goods, especially for advertising (class 35) and parties (class 41).

Mr Lück had used the trade mark protection for licence claims and warnings after the registration of the trade mark Malle had become final. Above all, Malle party organisers were warned and injunctive relief was sought against these parties at the Düsseldorf District Court, a total of about 100 interim injunction proceedings. This led to oppositions by those who had been warned. Since 2019, an application for cancellation of the EU word mark “Malle” had been pending at the European Trademark Office (EUIPO).

In May 2020, the Cancellation Division of the EUIPO declared the union mark Malle invalid (32 783 C), and this was also confirmed by the Board of Appeal subsequently appealed by Mr Lück, in December 2020. In particular, the Board of Appeal found that the contested mark was, firstly, descriptive of the goods and services claimed (ground for refusal under Article 7(1)(c) of Regulation 2017/1001) and that it also lacked distinctive character (ground for refusal under Article 7(1)(b)).

Mr Lück brought an action against this decision before the European Court (Court of First Instance, CFI), which has now ruled on it (T-188/21). In a single plea in law, the plaintiff argued that the contested decision was erroneous because the designation “Malle” was not a geographical indication of source but a fanciful term. Therefore, there is also no conceptual link between the contested mark and the goods and services in question.

Action must be directed against all parts of justification

The CFI has now dismissed this action (on 15 December 2021) – on the grounds of the “single plea in law which is devoid of merit”. This is because, according to case law, it is not possible to justify the annulment of a disputed decision with only one aspect of reasoning, the CFI stated (referring inter alia to T-209/01, EU:T:2005:455, para. 49). The CFI added that, in trade mark cases, such relevant aspects of justification may concern the absolute grounds for refusal listed in Article 7(1) of Regulation 2017/1001. Indeed, these are independent of each other and must be examined separately, the CFI explained.

According to the court, plaintiff Lück had only argued to the contested decision with regard to the descriptive character by claiming that the contested decision “incorrectly assesses the prerequisite and scope of the geographical indication of source” – this in conjunction with further passages of the application referring to Art. 7 para. 1 lit. c of Regulation 2017/1001, to “descriptive marks”, to the “descriptive character of a mark” and to “non-registered signs”.

Distinctiveness, on the other hand, is mentioned only once in the application, in a passage in which the applicant states that “trade marks [are] provided with original distinctive character as free signs, but [have] become the designation of a specific product or service through the use of the undertakings”. However, the European Court did not see this as a required specific finding against the decision on the lack of distinctiveness of the EU trade mark Malle, but as “general observations”.

So, even if the court were to uphold the plea relating to the descriptive character of the mark Malle, the cancellation of the mark in dispute would remain lawful and final on account of the ground for refusal of registration of lack of distinctiveness, the CFI ruled.
The action was therefore dismissed in its entirety. The European word mark Malle remains cancelled.

Mark Malle in court in Germany

At the same time, however, cancellation proceedings were also conducted in Germany for the Malle trademark, which have still not been legally decided.

Relating to this, the EUIPO has already come to a clear assessment in its decision (32 783 C) of 18.05.2020: the EUIPO sees the word “Malle” as a geographical reference to the island of Mallorca. However, whether this is also seen in the same way in Germany is still pending before the Düsseldorf courts. Interestingly, the Federal Patent Court has already dealt with the trade mark Malle in 2005. At that time, the BPatG ruled that it was doubtful that the Balearic island of Mallorca would be referred to as ‘Malle’ in the general linguistic usage of broad German public circles. (32 W (pat) 191/04).

The term Malle is therefore in pending proceedings in Germany. And as long as trade mark protection continues to exist, a warning notice is legal and must be observed.

We therefore recommend that you seek advice from an experienced lawyer for warning law, as our law firm is also offers, should you receive a warning and a demand for payment.