The sign Cannabis Store Amsterdam cannot be protected as a Union trademark, the European Court of Justice ruled yesterday. Such a mark is contrary to public policy because it would draw attention to cannabis as an addictive drug. 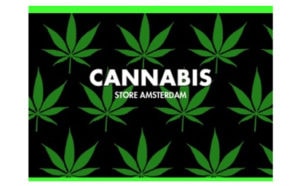 However, the requested trade mark registration was refused both by the Examination Office and by the Board of Appeal on the ground that it was contrary to public policy. Ms Santa Conte brought an action against this refusal before the European Court (CJEU, also Court of First Instance (CFI)), which ruled yesterday in this case.

The plaintiff claimed before the Court that the word “cannabis” did not refer to an illegal narcotic, but only to the everyday term for hemp, in both English and Italian. The stylised design of the cannabis leaf is also used by all industrial sectors using cannabis, in particular textile and pharmaceutical companies. That argument was not accepted by the Court of First Instance.

Cannabis – a question of public order

It should be noted, the CFI explained, that the fight against the spread of cannabis is particularly sensitive in those Member States where the use and use of the narcotic substance derived from cannabis is still banned. This is in line with the objective of public health and therefore a fundamental interest. Thus the use of this substance cannabis is also a question of “public order”.

In this context, the European Court of Justice has interpreted the legal opinion on offences against public order and morality. The legal basis for this is Article 7 of EU Directive 2017/1001.

According to Article 7(2), an offence against public policy also applies if it occurs in only one part of the Union or even in only one Member State. For signs which may be perceived as contrary to public order or to the recognised principles of morality are not the same in all Member States for linguistic, historical, social and cultural reasons, the Court explained.

In this context, you are also welcome to read our contribution: Fack ju Göthe: General Advocate sees no moral offence.

The Board of Appeal rightly took into account not only the stylised design of the cannabis leaf, but the combination of all the elements of the mark at issue. This led to the correct conclusion that the plaintiff had drawn attention, albeit unintentionally, to the concept of cannabis as an addictive substance, explained the CFI.

According to the CFI, the mark was therefore rightly refused by the Office and the Board of Appeal (EUIPO) on the grounds of public policy violations.