The application for partial revocation of the EU trademark Brownie was confirmed today by the CFI. The focus was on the proof of use of the earlier mark, which showed the word mark Brownies in a different mark representation – stylised and as a word and figurative mark. The main focus was on the product groups in the clothing and fashion sector. 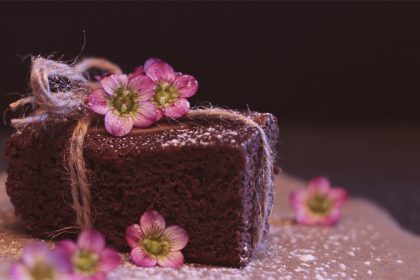 Grupo Textil Brownie (Spain), the owner of the disputed EU word mark Brownie since 2016, appealed against this decision. The plaintiff considered the proof of use of the earlier mark as not furnished.

It criticised in particular the fact that the evidence submitted did not prove the relevant period of time and that only catalogue pages were accepted. In particular, the only invoice submitted in support of the affirmative statement was addressed to The Guide Association Scotland, a member of the intervener’s group. The product codes in the catalogues did not correspond to those given in that invoice, the applicant criticised. Above all, the evidence related to a sign which was very different from the EU mark in dispute.

Proof of use of the mark

The Court of First Instance today pointed out first of all that the purpose of proving use of an earlier mark is neither to assess commercial success nor to review the economic strategy of an undertaking, and accordingly even a small commercial exploitation of the mark may prove use.

Proof of use of a trade mark must show that the earlier national trade mark has been put to genuine use in the Member State where it is protected, five years before publication of the application for the EU trade mark, explained the CFI. However, the evidence does not have to have been produced during this relevant period, provided that the evidence used to prove genuine use relates to use during this relevant period, the Court clarified.

At the hearing, the applicant was not able to identify the specific product codes in the catalogues submitted by the intervener, the CFI explained, and therefore this objection lacked any factual basis.

In particular, not only were pages of catalogues submitted, but also a printout of a page of the intervener’s website relating to a brownie campaign which took place during the relevant period, the CFI stated. In addition, printouts relating to Brownie were also available from several online shops, but these were from 2016. The CFI pointed out that evidence relating to use before or after the relevant period will be taken into account if it enables the extent of use of the earlier mark and the actual intentions of the proprietor during that period to be confirmed or better assessed.

Moreover, such an account, which relates to internal use of the earlier mark within the own group, can only be given probative force if it is supported by other evidence, the CFI added. That other evidence was available.

Evidence of the mark in slightly modified form

The use is possible with slightly different brand presentation and slightly altered form if the distinctive character is not affected, the European Court of First Instance has already ruled previously.

In the present case, the use of the word mark Brownie had been made for the form of a word and figurative mark Brownies, sometimes in a stylised form. However, this does not alter the fact that the word “Brownies” is the distinctive element of these signs, the court ruled. The word element ‘brownie’ has a certain distinctive character therein and thus fulfils the essential function of a trade mark.

According to the appellant, the fact that a figurative mark, although having a certain distinctive character because of its particular stylisation, may also be used to decorate the product bearing it does not affect the ability of such a figurative mark to fulfil the essential function of a trade mark. The Court of First Instance added that that was particularly true in the clothing sector.

The overall assessment of the evidence carried out by the Board of Appeal was therefore free from error, the CFI held, rejecting the applicant’s objection.

Do you need assictence to protect your trademark or brand?

Our lawyers have many years of expertise in trademark law as well as in the entire field of intellectual property and are entitled to represent you before any office or court – in Germany and internationally.
Please contact us if you are interested.