Evidence of an earlier mark: what is the scope of use?

Nestlé lost the trademark dispute in the CJEU a few days ago over the 3D brand Koala Bears. In the centre of this dispute was the use of an earlier national trade mark and especially the necessary scope of use of an earlier mark. 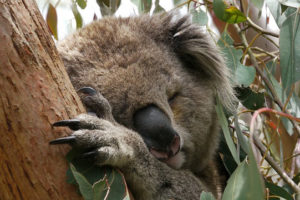 The negotiated brand dispute about the three-dimensional brand “Koala Bears” has been going on for more than 10 years. The dispute began in 2007 when the plaintiff Lotte Co Ltd, based in Tokyo (Japan) filed an application at the European Patent and Trade Mark Office for a Community trade mark Koala Bear in Class 30 for the class of goods “Biscuits, biscuits filled with chocolate cream, chocolate, fine bakery products”, among others, which was registered in 2008.

Proof of genuine use of the earlier mark

The subsequent legal dispute focused on the assessment of the evidence of genuine use of the earlier mark. The Opposition Division of EUIPO considered the serious use to be proven, but the Board of Appeal did not. In 2015, the case was referred for the first time to the European Court (CJEU), which declared the evidence of genuine use of the mark sufficient and referred the case back to the Board of Appeal of the EUIPO. The latter now endorsed the CJEU’s view and agreed with Nestlé. In July 2018, the applicant now hoped that the contested decision would be annulled before the CJEU.

Under Article 42(2) and (3) of the Regulation, the applicant for a Union trade mark may require proof that the earlier trade mark has been put to genuine use in its protected zone within the five years preceding the publication of the application against which the opposition is directed. Proof of use must relate to the place, time, scope and nature of use of the earlier mark.

Why was it so contradictory to assess the use of the earlier mark? In detail, Nestlé-Schöller had provided the following evidence:

The applicant contested the existence of a genuine use of the earlier mark and, in particular, the necessary scope if such use was nevertheless accepted by the Court. Accordingly, the CJEU  dealt intensively with the necessary scope of use of a trademark.

The case-law to date states that the turnover achieved and the number of goods sold under the earlier mark cannot be assessed in absolute terms. Other relevant factors would have to be taken into account:

In short, the use of the earlier mark does not always have to be extensive in order to be considered to be genuine.

Judgement now: insufficient level of use of the earlier mark

However, the trade volume of all usage actions and the length of time during which the usage actions took place must still be assessed. That consideration led to the CJEU’s current judgment that Nestlé-Schöller had not been able to demonstrate a sufficient level of use of the earlier mark. KOALA SCHOKO 75 g (NÜ)” represented a maximum of 0.1 % of the revenues generated by the licensee with the KOALA brand. The low volume of sales of goods marketed under the earlier mark is not compensated for by the high frequency or temporal consistency of the acts of use of that mark.

The Court therefore decided to amend the contested decision under Article 65(3) of Regulation No 207/2009 and to reject the appeal lodged by Nestlé-Schöller GmbH concerning’biscuits filled with chocolate cream; chocolate; confectionery; biscuits; biscuits; crackers; ice cream; confectionery and fine bakery products’ of Class 30.