Black Label vs. Labell: Marketing not relevant for similarity 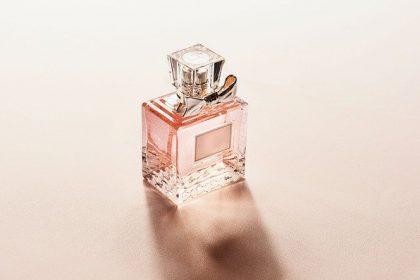 The European Court of Justice (ECJ, EU:C:2020:156) has ruled in an interesting trademark dispute on the likelihood of confusion: Black Label vs. Labell. Both signs were registered as Union figurative marks for the identical goods ‘perfumes’ in Nice class 3.

ITM Entreprises, the proprietor of the earlier Union figurative mark Labell, had claimed a likelihood of confusion with the subsequent application for registration of the sign Black Label by Equivalenza Manufactory (Spain).

Likelihood of confusion? Board of Appeal: Yes – CFI: No

The European Union Intellectual Property Office (EUIPO) claimed before the ECJ that the assessment of the likelihood of confusion in the CFI’s judgment was incorrect, in particular because the CFI (EU:T:2018:119) had taken into account the identical marketing conditions for the same goods when assessing the similarity of the signs at issue. In essence, the CFI had concluded that the signs at issue were not similar because of the visual differences between them, which are decisive in terms of marketing conditions, and the conceptual differences.

Indeed, the ECJ considered now that this judgment of the CFI was wrong in law. Identity or similarity of the conflicting signs is a necessary condition for the application of Article 8(1)(b) of Regulation No 207/2009, the ECJ strongly held. In other words, although the marketing conditions of the signs at issue must be taken into account for the assessment of a likelihood of confusion, they cannot be taken into account for the determination of similarity.

ECJ itself decided: first the similarity

Under the first paragraph of Article 61 of its Statute, the European Court of Justice may, if it sets aside the decision of the Court of First Instance, itself give final judgment in the matter when the state of the proceedings so permits. This is seldom the case, and proceedings are often referred back to previous instances.  In the present case, the dispute is ripe for decision, the ECJ ruled and itself assessed the likelihood of confusion between the signs Black Label vs.

The Board of Appeal was right to consider that the conflicting signs had an average degree of visual similarity, the ECJ explained. However, although both signs use a distinctive white font, the conflicting signs differ in their colours and graphic elements. The ECJ held that, since the letters are one of the word elements of the sign applied for and the first five letters of the dominant single word element, which is composed of six letters in total, constitute the earlier mark, there is a medium degree of visual similarity.

On the phonetic level, the ECJ confirmed that the word “label” or “labell” would be pronounced identically by the relevant public. However, the later trade mark application contained not only label but also two further word elements. The presence of the words “black” and “by equivalenza” in the trade mark application was not sufficient to exclude the likelihood of confusion, the ECJ ruled and found – as did the Board of Appeal – an average degree of phonetic similarity overall.

It is true that conceptual differences may counteract the similarity between signs, and that is what the trade mark applicant Equivalenza claimed. However, the ECJ rejected that objection. Such a counteraction requires that at least one of the two signs has a clear and specific meaning in the mind of the relevant public. However, that was not the case in the present case, the ECJ held.

ECJ confirms the likelihood of confusion

It therefore remains to be held that the conflicting signs have an average degree of visual and phonetic similarity and differ in meaning, the ECJ stated, and on this basis assessed the likelihood of confusion between the signs.

In the light of those factors, the Board of Appeal was right to conclude that there was a likelihood of confusion between the conflicting signs on the part of the relevant public, the ECJ held.

The mere presence of the expressions ‘black’ and ‘by equivalenza’ in the sign applied for was not sufficient to exclude the likelihood of confusion. Despite these word elements, there is a medium degree of visual and phonetic similarity. Moreover, the adjective “black” is a purely descriptive term for a basic colour and the expression “by equivalenza” has no equivalent in the earlier mark, the ECJ explained and confirmed the likelihood of confusion between the signs in dispute.

Do you also want to protect or defend your trademark and brand?