Word element of the earlier mark dominant but irrelevant

Word element of the earlier mark dominant but irrelevant

The Court once again pointed out that the word element in figurative marks is particularly relevant to consumers, since consumers want to communicate with the goods.

However, where, as in the present case, two figurative marks are compared, one of which has a word element and the other of which has none, a phonetic comparison is not relevant in the assessment of the similarity of those marks. Therefore, since the mark applied for does not contain any word element, it is not necessary to carry out a separate phonetic comparison with the earlier mark.

As regards the visual comparison, the Board of Appeal rightly ruled out a likelihood of confusion, the Court added, pointing out important differences between the marks at issue.

In the mark applied for

Moreover, one mark is represented with a knife and the other without. 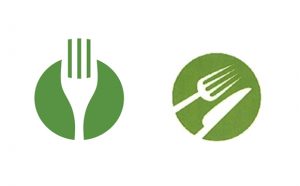 Therefore, the conceptual similarity was also only weakly pronounced, the European Court explained. The CFI pointed out that there is not always a likelihood of confusion within the meaning of Article 8(1)(b) of Regulation 2017/1001 if the marks are considered to be slightly similar.

Interaction in the global assessment of likelihood of confusion

The applicant therefore argued in vain that there was a high degree of similarity between the marks at issue and between the services concerned.

Therefore, the Board of Appeal was right to find that there was no likelihood of confusion, the CFI held, notwithstanding the fact that the services concerned are identical.

Do you also wish to defend your trade mark or trade name?

Our lawyers have many years of expertise in trademark law as well as in the entire field of intellectual property and are entitled to represent you before any court – in Germany and internationally.
Please contact us if you are interested.