For the time being, Black Forest ham is not only cut and packaged in the Black Forest, but also elsewhere, the Federal Patent Court has ruled. The packaging dispute over the origin-protected ham has been conducted by many instances for 14 years. 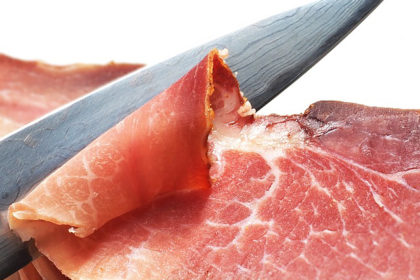 The judgment of the Federal Patent Court (BPatG) is part of the dispute that has been going on since 2005 over the packaging of a foodstuff that is protected by the EU geographical indications “protected geographical indication”. German “Schwarzwälder Schinken” (in engl. : Black Forest ham) has been under this protection since 1997 and derives the right from it that the corresponding ham must also be cut and packaged in the Black Forest. For this is the only way to ensure that Black Forest hams can really be found in the packaging of sliced ham.

Therefore, in 2005 the German Schutzverband der Schwarzwälder Schinkenhersteller (in engl.: Protection Association of Black Forest Ham Producers) applied for an amendment to the specification of the protected indication “Black Forest ham” in order to ensure that in future commercial slicing and packaging would also have to take place in the Black Forest. The North German Abraham Schinken GmbH contradicted this.

Packaging dispute by many instances

The litigation was conducted by many instances and in December 2018 also before the highest European court (ECJ). The ECJ had ruled that Black Forest ham must be sliced and packaged in the Black Forest if it is a necessary and proportionate means to preserve the quality of the product or ensure its origin or control of the specification for the protected geographical indication. It is for the national court to determine whether that is necessary and proportionate.

Please read here our full report on the packaging dispute about Black Forest Ham before the European Court of Justice.

Neither proportionate nor necessary

This preliminary ruling was taken up by the Bundespatentgericht. The Association for the Protection of Black Forest Ham Producers had argued that it was hardly possible to tell from a sliced ham whether it was really Black Forest ham. In addition, aroma packs with a shelf life of more than 30 days had to be microbiologically designed and this was preferable to vacuum packaging. However, since vacuum packaging cannot be considered for a shelf life of more than 30 days anyway, such an aroma packaging is a technically necessary measure which does not require any geographical link to the production area, the BPatG explained.

A so-called quantity plausibility check was also discussed, which checks whether the outgoing goods quantity roughly corresponds to the incoming goods quantity. Such an examination for Black Forest hams does not require any specialist knowledge and can also be carried out elsewhere than in the region of origin, the court explained.

In fact, the Court accepted only two definitive requirements which could be considered product-specific measures for Black Forest hams, namely the limitation of the thickness of the slices to a maximum of 1,3 mm applicable to this ham and an obligatory intermediate cleaning/disinfection if not only Black Forest hams but also other products are cut in cutting machines, in particular a product affected by natural mould.

The thickness of the slices could, however, be checked by any food inspector and by simple test purchases; this did not require any official and sovereign powers of an inspection authority, which, according to the nature of the matter, would have to take place in the processing plant. A restriction of cutting and packaging to the production area would therefore neither be proportionate nor necessary, the BPatG ruled.

Nor can the mandatory intermediate cleaning of cutting systems justify a restriction of cutting and packaging to the Black Forest. This specification does not contain any information on how this requirement is to be checked, so that in the end it can only be established retrospectively that the requirement was infringed – in the case of contamination. A then necessary abuse control is possible in the production area as well as elsewhere.

In the cases ‘Proscuitto di Parma’ and ‘Grana Padano’ (judgment of 20 May 2003 in Joined Cases C-108/01 and C-469/00), the ECJ interpreted the question of packaging restrictively and allowed the processing steps of slicing and packaging only in the region of origin by means of specifications in the specification. However, the Federal Patent Court declared that the present case of Black Forest ham differed significantly from the “Prosciutto di Parma” case. In that case, for example, not all hams conforming to the specifications could have been cut, but only legs which met certain more stringent additional requirements, in particular with regard to weight, ripening time, water activity, moisture content and absence of visible defects. Parma ham must not only be produced in Parma, it must also be sliced and packaged there. Spicy, this led to a Chinese interpretation of the judgment in the case of Parma ham. In 2011, the German newspaper Hamburger Abendblatt reported that a city called Parma had been founded in China without further ado – and that the matching ham had been brought to the domestic Chinese market.

Appeal may be brought against this judgement