An Internet commerce platform such as Amazon may not use a brand for linked Google ads as part of a Google search that misleadly displays not only the products of those brands but also third-party products. German bag manufacturer Ortlieb wins against Amazon with today’s decision of the BGH. 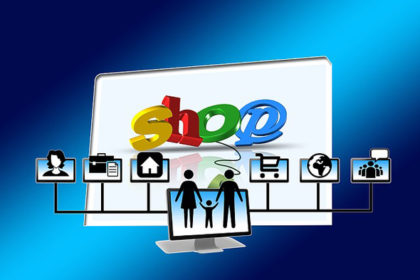 Ortlieb challenged the fact that, when entering the search terms “Ortlieb bicycle bag”, “Ortlieb luggage bag” and “Ortlieb outlet” in the Google search function, advertisements using the sign “Ortlieb” appear, which are directly linked to lists of offers on www.amazon.de If you follow this link, Ortlieb products as well as products from other manufacturers will be displayed on Amazon. Moreover, Ortlieb itself does not offer any products via the platform “amazon.de”, which distinguishes this case from last year’s Birkenstock case.

Last year, the Frankfurt Higher Regional Court had ruled in the comparable Birkenstock versus Amazon case that the trademark could only be infringed if the displayed hits could give the incorrect impression that the product originated from the trademark owner. However, this is not the case if the branded product is displayed – this does not change due to the additional display by third-parties.

Function as an indication of origin impaired

In the Ortlieb versus Amazon case, the Munich Regional Court had upheld the action brought by the German plaintiff (LG München, 12 January 2017, 17 HK O 22589/15) and the subsequent Court of Appeal had also ruled that the plaintiff was entitled to an injunction against the defendants pursuant to § 14 (2) No. 1, (5) German MarkenG. Amazon did use the sign “ORTLIEB”. However, the function of the trade mark as an indication of origin is affected by the display by third parties of the expected and announced offers of the trade mark products.

The Federal Supreme Court confirmed the judgments of the lower courts with its ruling today. The BGH ruled that the use of the Ortlieb trademark in the advertisements in question linked to Amazon was misleading. In such a case, a trade mark proprietor may oppose the use of his trade mark in an ad for a Google search.

If, however, the legitimate interests of the trademark owner were safeguarded, a retailer such as Amazon could certainly offer competing products in addition to the brand manufacturer’s products and also use the trademark in advertising for this product range, the BGH clarified.

Not only is there no separate identification, but the abbreviated addresses of the linked Internet pages under the text of the advertisements even suggest that only Ortlieb branded products are displayed, e.g. www.amazon.de/ortlieb+fahrradtasche.

The Federal Supreme Court therefore ruled that Amazon committed a trademark infringement against Ortlieb and was liable pursuant to §14 (7) MarkenG. The applicant Ortlieb is thus entitled to an injunction.

Do you also see your trademark rights or your brand threatened and misused?