The famous car manufacturer Bentley Motors has lost in a clothing brand dispute about the mark Bentley against Bentley Clothing in the High Court in London. Bentley Motors may no longer sell its own clothing line under the name Bentley in the UK. 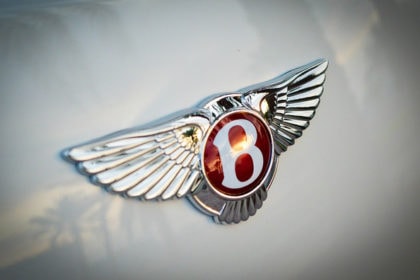 Last Friday, the High Court in London ruled that the car manufacturer Bentley Motors, which has belonged to VW for more than 20 years, had infringed the UK trademark of Brandlogic and its company Bentley Clothing.

Trademark dispute over Bentley as a clothing brand

Brandlogic had argued that Bentley Motors was infringing its registered trademarks by creating and marketing its own clothing line. Brandlogic, based in Manchester (UK), with its company Bentley Clothing, is the owner of the Bentley clothing brand in the UK.

Both marks have been used in the UK for many years.

Volkswagen in turn bought Bentley Motors in 1998 and soon decided to develop its own clothing line for the famous car brand. This was very much in line with the trend, and Jeep and Porsche, among others, produced their own clothing line for the car brand. Since 2000, the Surrey-based Bentley Collection Limited has been operated by Bentley Motors as a clothing product line. This marked the beginning of the brand dispute over the Bentley apparel brand.

Maybe this is also interesting for you in this context: European Court: Ruling about Trademark coexistence in EU

The High Court in London ruled last Friday, according to the BBC report, that Bentley Motors had violated the trademark rights of Bentley Clothing of Manchester by using the name Bentley for its own clothing product line. Bentley Motors must limit its future UK clothing programme to “jackets, silk ties, hats and scarves” and must not sell any other clothing or headgear.

In any case, a peaceful coexistence of trademarks can only be successfully asserted if there is no likelihood of confusion between the trademarks, the ECJ recently ruled in the Tropical case. Bentley Motors therefore lost the trademark dispute Bentley for clothing before the High Court in London – however, an appeal is possible.

Are you also affected by a trademark infringement?

Our attorneys have many years of expertise in trademark law and in all aspects of intellectual property protection and are authorized to represent you before any court – in Germany and internationally.
Please do not hesitate to contact us if you are interested.