Three private persons found a successful music bar “Cafe del Mar” and market it. But after years, one of the three registered a European figurative mark Cafe del Mar in his own name – a bad faith  trademark application?

Cafe del Mar – the facts of the case 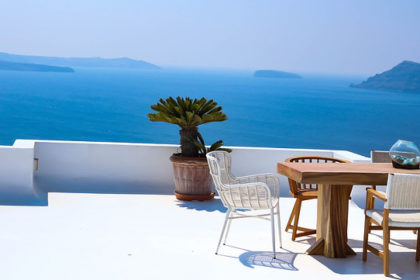 The two plaintiffs before the European Court (Court of Justice of the European Union (CJEU)), together with the defendant, were the three founders and co-owners of the music bar Café del Mar in the Balearic Islands. Since the opening of the “Café del Mar” music bar in Ibiza in 1980, an earlier “Café del Mar” sign has been used for all commercial activities. Thus the three entrepreneurs – the two plaintiffs and the defendant – founded the company Café del Mar, the aim of which was to continue the hotel business. In 1997, the same people founded Can Ganguil with the aim of marketing fashion, products and services related to music. In 1998, the defendant was granted a power of attorney to represent Can Ganguil.

The dispute arose when, from 1999 onwards, the defendant filed two applications for an European figurative mark “Cafe del Mar” – exclusively in his own name. The figurative marks were registered in 1999 for goods such as ‘reproduction of sound and vision’, clothing and cafés, and in 2001 for goods and services such as advertising services, communication via the internet, music performances and nightclub services.

The two applicants filed an application for annulment of the figurative mark Cafe del Mar, claiming that the defendant had acted with malice aforethought. Furthermore, the defendant created a likelihood of confusion with the earlier sign used, “Cafe del Mar”.

The defendant in turn referred to an unclear legal situation in 1999. The Café del Mar had been formed by a private contract, so that it had no legal personality under Article 1669 of the Spanish Civil Code. He had registered the contested mark in his own name, since he did not know that the contested mark could have been registered as a collective mark on behalf of the natural persons of the applicants. He also referred to the power of attorney granted to him at the time.

Bad faith trademark application or not?

The Cancellation Division of the EUIPO declared the contested trade mark invalid in 2015 on the grounds that it had been filed in bad faith. However, by decision of 4 September 2017 (“the contested decision”), the EUIPO Board of Appeal annulled the decision of the Cancellation Division. It had not been established that the trade mark application had been filed in bad faith.

Accordingly, this question was decisive before the European Court.

According to case-law, in assessing the existence of malice and bad faith within the meaning of Article 52(1)(b) of Regulation No 207/2009, all relevant factors must be taken into account, in particular the fact that the trade mark applicant knows or should know that a third party is using an identical or similar sign in at least one Member State for an identical or similar product or service. However, the chronology of events, business logic and the existence of direct contractual relations between the parties should also be taken into account, as should the intention behind the trade mark application, the European Court clarified.

In the present case, the CJEU held that the contested mark did indeed lead to confusion with the earlier sign Cafe del Mar. However, this alone does not prove a bad faith trademark application.
However, the CJEU held that the defendant, by filing the contested mark in its own name, which is confused with the earlier sign Café del Mar, is at the same time a representative of one of the companies which used that sign, in a way which deviates from recognised ethical conduct or decent practices in industrial or commercial matters.

Power of attorney is no release of all rights

Even if Café del Mar did not legally exist at the time of the contested application for registration, the commercial use of the earlier sign Café del Mar was nevertheless sufficient to establish that the defendant was not entitled to register that sign exclusively under its own name, the European Court stated. Nor can ignorance of the possibility of applying for registration in the name of natural persons justify registration in one’s own name.

Furthermore, the Board of Appeal erred in concluding that the authority granted to the defendant could be interpreted as the express consent of the applicants to the registration of rights in his name. Nor can the power of attorney be regarded as recognition of the defendant’s superiority over the co-owners as regards the rights to the earlier sign café del mar, the CJEU clarified. Relating to case law about signed authorization and power of attorney please also read our article Community of heirs Baklan wins in trademark dispute BAKTAT.

The defendant therefore acted in bad faith, the CJEU ruled, and annulled the contested decision of the Board of Appeal.

Would you also like to protect or to defend your brand?