The protected trademark BAKTAT, very well known in the Turkish food trade, was the focus of a long-standing dispute between the heirs of the actual trademark owner. As early as August 2017, the OLG Karlsruhe ruled: the wife and children of the deceased trademark owner are the legal trademark right holders. Now the judgement is also final and legally binding.

By order of 21 June 2018, the German Federal Supreme Court (BGH) now also rejected the appeal of the opposing party (order of the BGH of 21 June 2018, AZ BGH I ZR 142/17, not yet published). Thus, the judgement of the Higher District Court Karlsruhe (OLG Karlsruhe) of August 4, 2018 is now legally binding. The brothers of the deceased trademark owner – the entrepreneurs of Bak Kardesler mbH – lose the trademark right for the well-known trademark BAKTAT. Victorious is the community of heirs Baklan, the wife and children of the deceased trademark owner.

Background to the BAKTAT litigation 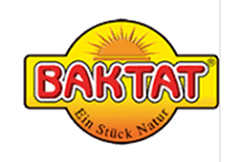 BAKTATBAKTAT is a well-known brand name in Germany for pickled or cooked fruit and vegetables as well as spices and pasta in the Turkish food trade. In the now validly decided case the plaintiff family Baklan and brothers Baklan met before the regional court Mannheim and in second instance before the Higher Regional Court Karlsruhe (6 U 142/15 23 O 1/15 LG Mannheim). The Baklan family – the wife and children of the deceased trademark proprietor – brought an action for the transfer of the trademarks and for the defendant Mustafa and Halil Baklan – the brothers of the deceased trademark proprietor – and their company BAK Kardesler Lebensmittelhandelsgesellschaft mbH to cease using the BAKTAT and BAK trademarks. 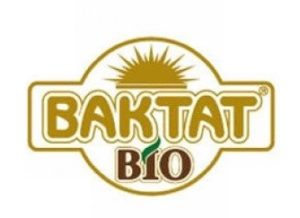 Only a few days after the death of the trademark owner in 1992, the wife gave a power of attorney to a Turkish notary for herself and her minor children for the brothers of the deceased Halil Baklan, Mustafa Baklan and Ali Baklan – but without the power of attorney containing a rule allowing the brothers to do business in person. With reference to the power of attorney, Mustafa Baklan then declared in May 1994 in a “declaration of transfer” for the heirs the assignment of the disputed marks and applied for the transfer of the marks to BAK Kardesler Lebensmittelhandelsgesellschaft mbH, the company he had founded. Baktat has been used for comprehensive food labelling in the Turkish food trade. In addition, the defendant also had the disputed word marks protected as word and figurative marks in 1993.

In 2013, the wife and sons of the original trademark owner sued for transfer of the trademarks and for injunction.

The defendants claimed, inter alia, that it was applicable under Turkish law under the power of attorney, since they were Turkish nationals and the power of attorney had been issued in Turkey. And according to Turkish law, the prohibition of self-business does not exist and this should – which is not the case – have been expressly agreed.

This defendant’s argument was not considered relevant by the court. In the opinion of the Regional Court (LG Mannheim) and the Higher Regional Court (OLG Karlruhe), German law is applicable for the examination as to whether the assignment of the German trademark by the plaintiffs resident in Germany has been effectively made to the defendant resident in Germany. Both the Regional Court and the Higher Regional Court therefore assumed that the description of the marks of May 1994 was invalid because it was an inadmissible in-self transaction according to § 181 BGB and the plaintiffs’ power of attorney did not contain an exemption.

This has now also been confirmed by the BGH by the non-approval of the revision.

But this was not surprising. The case law of the Federal Supreme Court has sufficiently addressed the fact that for a power of attorney which, as here, affects private international law, it must satisfy the legal group to which the associated legal transaction belongs.

Non-use of the trademark

In the dispute, the plaintiff’s family had for years had no knowledge of the testator’s trademark applications or of the ineffective transaction within itself. The plaintiff’s family was also unaware that they themselves could own the trademarks. Accordingly, the defendants claimed that the plaintiffs’ claims were excluded for lack of use of the mark by the plaintiffs, but in any case they were forfeited under Section 21 (1) MarkenG because the defendant used identical marks (the word and figurative mark BAKTAT) in his own name for his own purposes. The claims are also statute-barred.

The court did not share this view. The Court declared that, pending a final determination that the plaintiffs themselves are owners of the trade marks, it was unreasonable to expect them to use the trade marks or to allow a third party to use them. In any case, however, the defendant could not invoke the objection of non-use under Sections 25, 26 MarkenG. Because the raising of the objection is inadmissible because of abuse of rights according to § 242 BGB, so the court.

What does the judgment of the Higher Regional Court Karlsruhe mean for the future?

The judgement confirms once again that the question of forfeiture of trademark rights presupposes that one also knows about one’s rights and that it is not reasonable to use a trademark if one has no knowledge of one’s rights or has not yet been legally established that one is the owner of the trademark.

Are you interested in national or international brand or trade mark protection?