Cyprus has lost its Halloumi mark for the United Kingdom. The Ministry in Cyprus never replied to the request for cancellation of the trade mark by a British company. Cyprus also lost in the dispute over Halloumi figurative marks before the CJEU.

UK is by far the largest market for the well-known Mediterranean cheese with the special texture. At the end of December 2017, the British company John & Pascalis Ltd, the largest importer of Cypriot cheese to Great Britain, began filing three separate lawsuits before British courts to have Cyprus’s Halloumi trademark for the United Kingdom revoked. The British Intellectual Property Office (IPO) informed the Cypriot Ministry that the relevant applications had been filed and stated in a letter to the Ministry dated 26 January 2018 that Cyprus had two months to reply to the company’s application for cancellation. Until May 2018, the IPO in Cyprus recalled the obligation to reply and that otherwise the trade mark would be declared invalid. As no reply was received, the Halloumi mark was cancelled in the United Kingdom at the end of November 2018.

The President of the Cyprus Dairy Producers’ Association, George Petrou, fears, according to British press reports, that in the future it may be possible for someone to produce any cheese product and label it with halloumi. Halloumi is protected as a Union word mark and since 2014 the mark has also been registered as the International Designation of Geographical Indication. In Cyprus, it is hoped to be able to take action against possible unauthorised competitors. But even the possible Brexit at the end of March would end trademark protection in the UK – as long as no agreements on trademark protection have been signed between the UK and the EU. 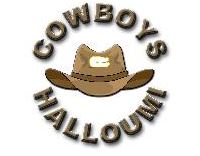 In addition, Cyprus lost before the European Court both in July 2018 in the dispute over the figurative mark Cowboys Halloumi and in September 2018 in the dispute over the figurative mark BBQLOUMI. In both cases, Cyprus invoked the former British certification word mark HALLOUMI. In both cases, however, the CFI rejected the objections of Cyprus. The word “halloumi” is understood by the British public directly as a description of the characteristics or even the origin of the goods and not as an indication of their certified quality, the court clarified. It must therefore be held that the earlier mark, which consists exclusively of the word ‘halloumi’ because it describes the characteristics and origin of the product covered by it, has only a weak inherent distinctive character and that, moreover, the existence of a high degree of distinctiveness has not been established. 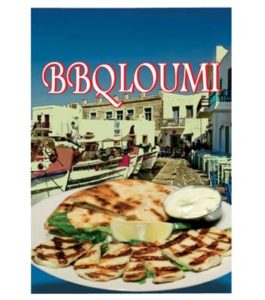 Although the word ‘halloumi’ is generally perceived as a Cypriot cheese speciality, it is not possible to link the term “halloumi”, which is used as a generic term for a type of cheese, to a test mark or even to a reference to a certified cheese.

Cyprus therefore lost in both cases before the European Court.

Would you also like to protect your trademark or geographical origin?