Louis Vuitton and Christian Dior against product piracy – with Blockchain

LVMH brand manufacturers such as Louis Vuitton and Christian Dior have teamed up with Microsoft and Blockchain development team ConsenSys to effectively combat product piracy. A blockchain-based platform is to be set up with which consumers can verify the authenticity of luxury goods. 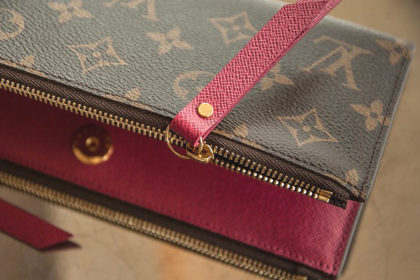 The consortium plans to use the Blockchain based platform to establish a product tracking system for the luxury goods industry, with which product history and authenticity can be verified, the Cointelegraph reported.

The ConsenSys development team was founded in 2014 by Josef Lupin, who is also known as the inventor of the blockchain based etherum. Ethereum is an open source distributed system, which offers the creation, administration and execution of decentralized programs and contracts in its own blockchain, but is also traded as a crypto currency like Bitcoin. The ConsenSys Group describes itself as a global community of developers, business people, programmers, journalists and lawyers to create and promote blockchain infrastructures and peer-to-peer applications.

The Distributed Ledger Technology (DLT) on which the blockchain is based is a solution that was first proposed in 2009 and offered a completely new, distributed approach. It is critical to the development of new financial applications such as electronic currencies and the implementation of fully distributed databases that enable decentralized data storage and management.

Product piracy is a major problem for all brand manufacturers, including the luxury goods industry. In a study conducted by the European Trademark and Patent Office in cooperation with the Organisation for European Cooperation and Development and evaluating the current data situation from 2018, it was found that international trade in counterfeit and pirated goods accounts for up to 2.5% of world trade. This corresponds to a monetary value of up to EUR 338 billion. Product piracy is particularly common in the EU. Usually, counterfeiters operate in third countries and import the counterfeit products. Counterfeiting and piracy account for up to 5% of sales in the EU, equivalent to imports of counterfeit products worth up to 85 billion euros.

PCT applications in the Blockchain Area

Would you also like to protect your brand? Or do you want to protect a blockchain patent?