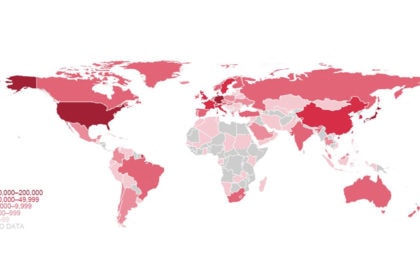 3.3 million patents were filed worldwide in 2018, reports the World Intellectual Property Organization (WIPO) in its latest report on IP statistics. This represents an increase of 5.2% over the previous year.

The number of applications for international patents as PCT applications also increased. The International Patent Convention makes it possible to apply for patent protection for an invention simultaneously in almost 150 countries by filing a single “international” PCT patent application.

However, Germany has also caught up in this area and increased its PCT applications by 3.1 % to 19,883 compared to the previous year, which puts it ahead of South Korea with 17,014 PCT applications.

The WIPO report also identified the top ten companies that were leading in the number of PCT applications.

The top ten companies among all PCT applications in 2018 were:

As you can see, the top PCT applicant was the telecommunications company Huawei (China). Then nothing follows for a long time, because the second-placed company Mitsubishi Electric Corporation (Japan) has filed only half of PCT applications in 2018 compared to Huawei. If one considers that ZTE Corporation and Boe Technology Group Co., LTD are also companies from China, the Chinese dominance in international patent applications can be clearly seen.

The long international phase of a PCT patent application of 30 or 31 months leads to the fact that many PCT applications are ultimately not realized in the national phase and are actually implemented as a permanent patent. However, it is more than clear that China is determined to secure these options.

Worldwide patent applications outside the own contry