As a result of an effective waiver of appeal, a decision to grant a patent application in Germany becomes final before the expiry of the one-month appeal period. In this case, however, a division of the application is no longer possible, the BPatG ruled. 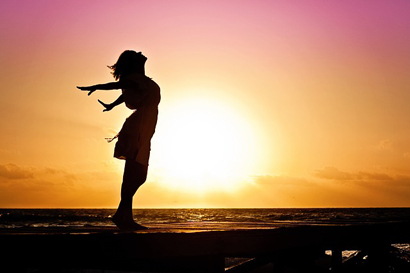 A patent applicant is entitled to a time limit for filing an appeal after notification of the grant decision, during which a division of the application is still possible. But beware: if the patent applicant effectively abandons any appeal, a grant decision becomes final immediately and this means even before the expiry of this period. Moreover the grant of the patent must already be effective in Germany before publication – unlike in European opposition proceedings.

In the case (7 W (pat) 10/18), which was heard before the Federal Patent Court in October 2018, the patentee declared by fax to the German Patent Office on 15 December 2017 that she had waived her right to appeal against the grant decision (which was served on her on 14 December 2017). The patentee assumed that it was entitled to a time limit for appeals, oppositions and also division declarations and declared the division of the application on 15 January 2018. On February 1, 2018, the grant of the patent was published in the German Patent Gazette.

The German Patent and Trade Mark Office declared this declaration of division invalid. As the decision to grant the patent had become final as a result of the previously declared waiver of the right to appeal, no patent application had been filed when the declaration of division was received, but a patent that could no longer be divided had already been filed. The patentee appealed against this decision.

In fact, German patent law provides for a one-month appeal period (Sec. 73 .1 German Patent Law) after service of the grant decision on a patent application. Immediately after receipt of a grant decision, a patent applicant therefore always has the option of declaring a waiver of his right to appeal with the aim of claiming the full effect of his published property right against competitors and potential licensees without delay or of keeping options open for filing an appeal and declaring division within the appeal period.

However, if the patent applicant effectively waives the right to appeal against the grant decision, the application procedure is immediately terminated and the application is subsequently strengthened to a full right. The Federal Court of Justice (BGH) ruled, that by waiving the right of appeal the concerning decisions are final (BGH NJW-RR 2018, 250 m. w. N.).

The BGH’s precedent for case Graustufenbild

The patentee contradicted and referred to the decision of 28 March 2000 (BGH, GRUR 2000, 688 – Graustufenbild), in which the Federal Supreme Court (BGH) linked the possibility of division to the time limit for appeal, because an application for full rights was not filed before the expiry of this time limit. However, the BPatG states that no waiver of appeal had been declared in accordance with the facts on which it was based, and that therefore no premature validity of the appeal had been established.

Confusion was also caused by the fact that the regulation for European opposition proceedings deviated from the German regulation. The patentee filed an international patent application claiming the priority of a US-American application, stating, among other things, Germany as the state of destination. And in the European opposition procedure, the grant of a patent under Art. 97.3 EPC only becomes effective with the reference in the European Patent Bulletin. In Germany this is exactly the other way round: the publication of the grant of a patent under Sec. 58 .1 Patent Law requires that  the decision on grant has become final.

That division of the application is again only possible as long as the decision to grant has not yet become final has already been decided by the Federal Supreme Court (BGH GRUR 2000, 688 – Graustufenbild).

Error when sending the fax?

The loss of the right to division does not depend on a corresponding declaration, but on the legal consequence of the entry into force of the decision to grant the patent. Therefore, the patent proprietor could not have invoked an error when sending the fax – which she did not do by the way. A challenge of the waiver on the grounds of error would not be admissible.

Do you need support in patent application, national or international?