Vindication of national parts of a European patent

The right from a European patent with an Employee’s invention is regulated under § 60 EPC. Also, this applies as a standard for the vindication on a European bundle patent, is ruled by the German OLG Frankfurt, i.e. for claiming the transfer of illegally filed European patent rights. And: an upper signature instead of a signature is not sufficient to claim an employee’s invention! 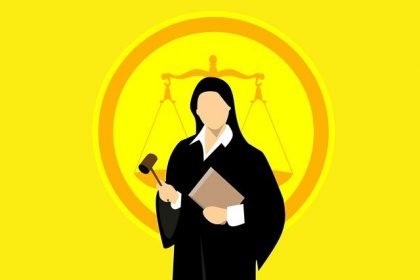 In Germany, the German Employee’s invention Act is the legal standard for service inventions. European patent law also takes into account the facts of an Employee’s invention; the relevant legal text can be found in § 60(1) EPC, which regulates the right to the European patent in relation to an inventor (in short, it is governed by the law of the state in which the employee is predominantly employed).

The standard for the right to an Employee’s invention from a European patent is thus established – but does this also apply as the standard for a vindication? The Frankfurt Higher District Court (Oberlandesgericht (OLG)) was confronted with this in a lawsuit concerning films and nonwovens for the construction industry.

It should be noted that the claim for transfer of the property right from a vindication must be asserted by legal action within a period of two years after the publication of the grant of the patent. If, in addition, an opposition for unlawful taking has been filed, the action for vindication can still be filed within one year after the final conclusion of the opposition proceedings.

Point of dispute: effective claiming of the Employee’s invention

The case before the OLG Frankfurt concerned the European patent entitled “Plastic bag with overpressure vent”, for which an international PCT application was also pending, for which priority was claimed from the European patent. The point of dispute between the parties was whether the defendant employer had validly made an unrestricted claim to the Employee’s invention. The inventor and plaintiff filed a vindication claim and demanded the transfer of the patent rights.

For years, the case has been conducted through several instances, in the course of which the plaintiff’s inventorship was also called into question. However, the Federal Supreme Court (BGH) has clarified the question of inventorship in the appeal ruling: the plaintiff is a co-inventor of the invention (BGH 2013, X ZR 103/11).

With regard to the service invention in the present case, the inventor and plaintiff had considered himself to be the rightful owner of the patent rights. Ultimately, the issue was the lack of signatures, of both parties. In this respect, the OLG Frankfurt ruled that an invention disclosure can be effective under § 5 (1) ArbnErfG old (disclosure of the service invention in a separate written form) even if a co-inventor’s signature is missing – if the disclosure is also submitted on behalf of the co-inventors.

On the other hand, it does not meet the requirements of § 6 (2) ArbnErfG to claim an employee’s invention, the OLG ruled, if there is no signature but an “upper signature” and therefore the claim ordered under it cannot be allocated with sufficient certainty.

Vindication of national parts of a bundle patent

The OLG ruled that since, according to § 60 (1), second sentence, EPC, the right to the European patent in the case of an employee invention is governed by the law of the state in which the employee inventor is predominantly employed, it is obvious that in this case the claim to vindication of the bundle patent with regard to all its national parts should also be assessed uniformly according to the law of the state of employment. This was also in line with the regulation to protect the employee and to spare him a vindication according to a possibly multitude of legal systems, the court explained.

The OLG Karlsruhe had already ruled in a very similar manner in 2018, and the OLG Frankfurt also expressly referred to this. At least in the field of Employee’s inventions, the OLG Karlsruhe had ruled that, with reference to Art. 60(1)(2) EPC, the claim to vindication of the European bundle patent should be uniformly governed by the law of the state of employment for reasons of practicability (OLG Karlsruhe, 6 U 161/16 – Rohrleitungsprüfung, GRUR 2018, 1030).

Claim for compensation for the maintenance of the IP right

Are you looking for support in court?

Our patent law firm Meyer-Dulheuer has extensive expertise in patent law and inventor law as well as in the entire field of intellectual property.

We will be pleased to represent your interests both before the arbitration board and in court proceedings.