Since 2017 there has been a constitutional complaint against the ratification of the Convention for a Common European Patent Court in Germany. Yesterday a judge of the Constitutional Court stated in an interview that this complaint will be decided in the first quarter of 2020 – probably too late for the UK if it chooses Brexit. 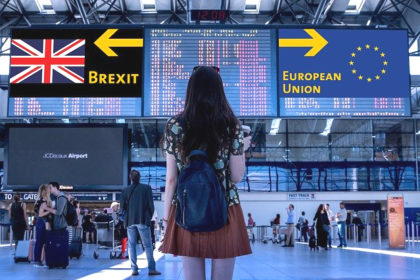 For years there has been an effort to create a common European standard patent within the EU member states. As a final step, ratification of the Convention is required. However, a constitutional complaint against the ratification of the Convention on a Unified Patent Court (UPC) was lodged with the German Constitutional Court in 2017. In an interview with Managing-IP yesterday, Judge Peter Huber, Judge at the German Constitutional Court, confirmed that this constitutional complaint would be decided in the first quarter of next year.

It is therefore likely that the UK will not participate in the European Unified Court if the UK carries out a timely brexit after the December elections – despite ratification. The reason is: Only those EU Member States that have ratified the UPC Agreement can participate in the Unified Patent Court when this Court enters into force.

Why is ratification so important? The new patent system and the Unified Patent Court are based on European regulations, all regulations of December 2012.

Two of the Regulations – (EU) Nr. 1257/2012 and (EU) Nr. 1260/2012 – entered into force on 20 January 2013. However, they only apply from the date on which the Agreement and Convention on a Unified Patent Court (UPC Agreement) enters into force. The prerequisite for this is ratification of the UPC by at least 13 EU member states, including Germany, France and the United Kingdom.

Most European countries have already ratified for the European Unified Patent Court. With ratification, parliamentary recognition is given for transposition into national law, as is also the case for other EU regulations and laws. But it also means Parliament’s approval to delegate to the EU the national sovereignty to interpret the case law on patent law. In 2017, therefore a German plaintiff filed a constitutional complaint against the ratification of the Convention on a Unified Patent Court (UPC Agreement) before the Federal Constitutional Court (Bundesverfassungsgericht, BVerfG) because of this scope. Subsequently, and at the request of the BVerfG, the Office of the Federal President of Germany agreed to the suspension of the ratification which had actually already taken place in Parliament.

If you would like to find out more about the current situation regarding all IP rights after Brexit, please read our article: (No-Deal) Brexit: No loss of IP Rights for Companies?

A unified patent court makes only sense if the target countries of many patent applications are also involved. After all, there should be comprehensible and reliable jurisdiction and jurisdiction for as many EU patents as possible. For this reason, the so-called “True Top 4” were mentioned early on in the planning for a Unified Patent Court. This refers to the four EU member states in which validation is currently most frequently carried out: Germany, France, UK and the Netherlands.

In June 2015, for example, the proposal of the “True Top 4” on the future annual fees for the uniform patent was accepted by the EU Administrative Council. And the entry into force of the Unified Patent Court (UPC) also became conditional on the ratification of the UPC Agreement by at least 13 EU member states, peremptorily including Germany, France and the UK.

Scope of the European unitary patent does not expand successively

And there is something else to bear in mind: the territorial validity of the European unitary patent applies only to those countries which joined the UPC at the time of the grant of that patent – and which are also Member States within that scope. A Unified patent territory of a Unified European patent does not extend to other Member States which ratify the Treaty. Therefore, even under the current treaty and legal situation, there are no plans for any future EU member states to be able to participate in the Unified Patent Court – nor to include any states, that are no EU member state.

So if you want to know which state is qualified to participate in the Unified Patent Court through ratification, take a look at the current ratification index.

However, since the possible Brexit is a special case which could not have been foreseen when the relevant agreement was signed, it would ultimately have to be clarified politically how the contractual situation could be adapted to the wishes of close cooperation with the UK. One could possibly argue favourably that all EU Member States that have ratified the Convention are participants in the Single Patent Court, irrespective of their later status as EU members.

However, this would not be without complications, since the basic idea of the Single Patent Court is no longer to distinguish and guide patent rules and patent infringements nationally. This applies to previous national differences in law as well as to differences in national professions. The Brexit, however, is declared to return to Great Britain the control of borders and laws in their entirety. Will the UK then subordinate itself to the EU in patent law? And would the UK still have the possibility of influencing the unified patent court? A lot of political dynamite remains until the Unified Patent Court comes into force.

Do you have any questions about the protection of your IP rights in relation to the UK or Brexit?

Our attorneys have many years of experience in trademark law, patent law and design law and are entitled to represent you before any court in Germany as well as internationally – also in the UK. Please do not hesitate to contact us if you are interested.