The simulation of a robot is a technical task. However, if the simulation device must specify the interacting programming lines of the robot simulation before the start of execution, this is not patentable, was ruled by the German Federal Patent Court.

Simulation patentable according to EU Guideline

The areas “simulation, design or modelling” are regulated by the EU Guideline “computer-implemented inventions” for computer-based or computer-involved inventions. As with all patentable inventions, the patenting of a simulation also requires successful proof of a technical character. A general purpose such as “controlling a technical system” is not sufficient. Although computer-aided simulation methods can also include mathematical formulae – which are not patentable – they can still be patentable. This requires that a technical application or technical contribution is included. 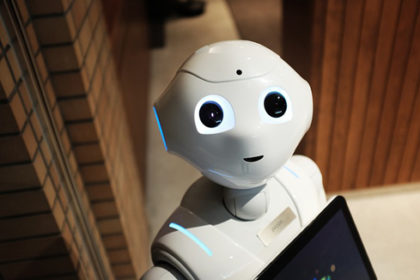 A patent on this invention had been rejected by the DPMA in July 2015. The reason given for the rejection was that, according to the main application and the auxiliary application at the time, the subject-matter of claim 1 would not be based on an inventive step as compared to the state of the art in accordance with the printed document
“MOSTERMAN, P. J.: An Overview of Hybrid Simulation Phenomena and Their Support by Simulation Packages.
In: Hybrid Systems: Computation and Control – Lecture Notes, Computer Science, Vol. 1569, 1999, pages 165 to 177”

In principle, the Court confirmed that this was a computer-implemented invention in the field of technology. Nevertheless, the BPatG clearly pointed out that, according to case law, even a procedure is not eligible for patent protection because of the electronic data processing procedure. Rather, the teaching claimed must contain instructions which serve to solve a concrete technical problem by technical means.

However, the provision of a computer program and a file referenced by it – as is the case here under fulfilment of non-technical requirements – does not fulfil this requirement. Neither is the simulation device claimed to establish a connection with the technical conditions of the runtime environment which goes beyond the reading out of data from registers, nor are technical conditions outside the data processing system in the sense of measured values or manipulated variables of a robot determined during the program sequence, the BPatG clarified. The synchronous changing of the status or the value therefore only results in the individual program steps of the robot program being processed successively and the associated signal status or the value being changed accordingly.

In concrete terms, this means that a programmer must specify the interacting lines of robot program and separate file before starting the simulation. The BPatG ruled that this could not be seen as a technical means. This is because the values, which are related to the robot to be simulated and thus to a technical application, must be defined in the file by a programmer in an initialization process. When the robot program is executed, only the previously defined values in the separate file are accessed. The claim, however, is limited to the use of standard means of the data reading and writing into a file in order to simplify the checking of a robot program for the programmer. The Federal Patent Court ruled that this was not patentable and rejected the patent application for the robot simulation.

With an update from 2018 – we reported – innovations in artificial intelligence and software algorithms in the EU have also been taken into account, in the form of an additional guideline. The new EU directive “Artificial intelligence and machine learning” of the European Patent Office (EPO) assigns calculation models and algorithms to the field of artificial intelligence (AI) and machine learning (ML). The Directive mentions classification, clustering, regression and dimensional reduction – such as neural networks, genetic algorithms, k-means, support vector machines, nuclear regression and discriminant analysis. Further judgments in this area can now be eagerly awaited in order to obtain legal certainty on the basis of the EU guidelines.

Do you also need support in securing your patent rights?

Do you have questions regarding the patentability of program code, software, AI or industrial robots?

Each case is considered individually and carefully by us. You are also welcome to use a non-binding callback appointment with us!