Public prior use: Case law GER and EPO

An invention may already be used in one’s own business and still be considered patentable, and even a sale to third parties may be permissible under certain circumstances. But when is this  obviously public prior use that excludes patentability? 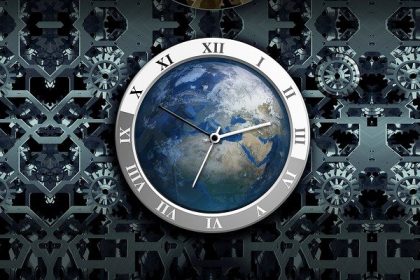 The question of whether an invention is to be considered public knowledge is essential for patent protection. An invention must fulfil the criteria of “new” and “inventive” in order to be patentable. But how is that possible if an invention is already being used in practice? So when is this obviously public prior use that excludes patentability?

In general on German and also European patent law, an invention is considered to belong to the prior art and therefore no longer “new” if it is accessible to the public and could be analysed and reproduced by a person skilled in the art. In practice, this is the case if such products according to the invention can be free obtained in order to reproduce the technical teaching by “reverse engineering”, i.e. rebuilding according to one’s own knowledge. Incidentally, it is irrelevant whether the products have to be destroyed during reverse engineering.

According to the EU Directive, reverse engineering is a legally permissible means of acquiring information. Something else should only apply if this has been contractually agreed otherwise. This can be found in German law, too. The German Trade Secrets Act (GeschGehG) mentions this under § 3 GeschGehG, in force since 2019. German competition law also stipulates that “reverse engineering” is not dishonestly acquiring knowledge within the meaning of § 4 No. 3 UWG.

Often, however, it is not possible to obtain the products according to the invention quite freely; it may be an offer to potential contractual partners or a complex system located on a demarcated factory site or the operation of it requires installation, maintenance and repair, but this is provided by the company in which the invention was made. In such cases, could the third party obtain knowledge of the technical teaching of the invention?

Public prior use: BGH case law

According to a decision of the Federal Court of Justice (BGH, judgement of 9 December 2014 – X ZR 6/13 “Presszange”), an offer to potential contracting parties does not constitute a Public prior use, in particular if the offer is directed to the production of an object yet to be developed. However, if the offer makes a further dissemination of the technical teaching contained therein quite likely, it is to be regarded as Public prior use. This depends on the life experience and personal knowledge of the recipient of this offer, the BGH explained.

The BGH also confirmed this case law in decisions on public prior use of complete installations sold to third parties without a non-disclosure obligation. In November 2016, the BGH emphasised that even a sale to third parties does not in itself lead to obviousness, but that in addition there must be a possibility, which is not merely theoretical, that third parties will gain sufficient knowledge of the invention (BGH judgment X ZR 116/14).

In April 2020, the BGH clarified this case law in the case ‘Konditionierverfahren’ (X ZR 75/18), which dealt with the question of whether the mere delivery and commissioning of a system constitutes Public prior use. The BGH negated this and decided in the present case that there was no Public prior use because the system was so complex that the buyer could not know how the system worked. Even if relevant information had been apparent from an instruction manual or the like, the BGH explained, this could at most have led to obviousness if it could have been expected that the buyer would have shared this knowledge with any third party or if she had actually passed on this information – or if the construction of the system according to the invention had been apparent from the offer. Anyway, this was not the case.

The BGH also emphasised in this judgment that the customer’s life experience must be taken into account precisely for the question of whether he could have obtained knowledge and whether he had sufficient reason to obtain such knowledge about the system. The BGH also stated that there must be concrete evidence for an assumed motivation to gain knowledge.

Public prior use in EPO case law

European case law differs from German case law; it is a matter of nuances which, however, have an effect in concrete legal practice. The Enlarged Board of Appeal of the EPO has already established in decision G1/92 that a product belongs to the state of the art if it is available to the public and can be analysed and reproduced by a person skilled in the art – irrespective of whether there are special reasons for analysing the product. This case law is also reflected in specific case studies from the EPO.

In 2013, the EPO rejected a device for a weighing system as unpatentable due to Public prior use (1682/09). According to the case law, the sale of a device – unless there are special circumstances – is sufficient to make it available to the public, the EPO summarised. This also applied to the rental of a device. The installation of the device on the premises of a company, as well as the subsequent usual introduction, training and maintenance of the device, had made the features of the device available to the company, which was a member of the public at the time.

The EPO also emphasised this aspect of the accepting third party being a member of the public in the case concerning the installation of a device according to the invention on a closed VW factory site. This was Public prior use, the EPO ruled (T 2210/12), because the accepting company VW and its employees already constituted a part of the public themselves; it was therefore irrelevant whether the device was located on a site inaccessible to “the public”.

The EPA also ruled on a software product in the form of a commercial distribution in 2015 (T 2440/12). The method implemented by the software was to be considered prior art and public prior use, the EPO ruled, because a person skilled in the art could in principle execute the software line by line on a computer and thereby not only execute the method but also gain knowledge of the method steps executed by the computer. Since the software product according to the invention went beyond the mere use of control lines to transmit switch-on and switch-off signals, its use presupposed a network structure and a predetermined data transmission protocol, and these were the features that the skilled person in the art would understand as implicitly disclosed.

Do you also need protection or defence of an invention? Our attorneys have many years of expertise in German and international patent law and are entitled to represent you before any court in Germany as well as internationally.
Please contact us if you are interested.