The European patent 1 440 525 of the Dutch electronics group Philips is declared invalid in 7 out of 15 claims with effect for the territory of the Federal Republic of Germany. The patent in dispute is considered essential for the technical standard UMTS and LTE of mobile communication.

The patent in dispute (EP European patent 1 440 525), called “Radio Communication System”, contains patent claims which are relevant as technical standards UMTS (3G) and LTE (4G) for mobile communication. Philips has filed these patents as essential to the ETSI standardization organization and has undertaken in writing to license these patents on fair, reasonable and non-discriminatory (FRAND) terms in accordance with ETSI’s IPR policy.

Patent for UMTS and LTE standard in mobile communication 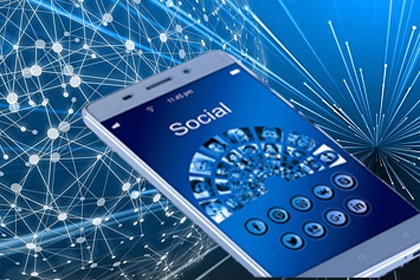 Specifically, the patent in dispute concerns a radio communication system and a primary and secondary station for use in such a system and a method of operating such a system. In order to deal adequately with faulty data transmission packets, such packet data transmission systems usually contain an ARQ process (Automatic Repeat Request). In order to increase the performance of the system, it is therefore desirable to check the error susceptibility of the ACK/NACK decoding (a first code word as a positive confirmation (ACK) and a second code word as a negative confirmation (NACK)). However, the problem with this ARQ scheme is that errors in the ACKs and NACKs would have different effects on further transmission processes.

In the German patent application DE 101 32 577 A1, the problem of a false ACK is solved by the fact that the mobile station sends the code word REVERT to the base station as soon as the mobile station receives a new data packet, although it expects a new transmission of an old data packet. The solutions according to patent claims 1 and 10 specify the radio communication system or secondary station in so far as the indication of the power level additionally determines how the power level depends on the signal type.

The Federal Patent Court (BpatG) ruled on 25 March 2019 (2 Ni 10/17 (EP) combined with 2 Ni 11/17 (EP)) that the patent at issue was not patentable. The secondary station described in patent claim 10 had been suggested by the submitted pre-published prior art (Article II § 6 paragraph 1 No. 1 IntPatÜG). The state of the art was known as 3GPP specificationTR 25.855, which was made available to the public on 2 October 2001. The characteristic concerning positive and negative feedback (ACK, NACK) and also the characteristic according to which the selection of the power level of the feedback signal depends on its type (ACK or NACK) were also known with the state of the art. Therefore, the BPatG declared the EP patent invalid to the extent of its claims 1, 2 and 10 to 14 with effect for the German territory.

Against this background, in addition to the admissibility of the claim sets, the BPatG added that it could also remain to be seen whether the patent in dispute in the defended versions could effectively claim the priority of the GB patent application with application number 0125175 of 19 October 2001. As early as 2017, the patentability of this disputed patent was denied in proceedings before the Dutch High Court in The Hague (Rechtbank NL:RBDHA:2017:11759). In Germany, in turn, the Mannheim Regional Court recognised the patentability of the disputed patent in its judgment of December 2016 ( LG Mannheim 7 O 19/16 ). The Mannheim proceedings concerned the question whether Philips’ bid should be exploited as FRAND-compliant. The action for annulment brought before the Rechtbank Den Haag at that time did not suspend the Mannheim proceedings, the LG Mannheim ruled. The mere possibility of the patent being declared invalid is not sufficient in that regard. Rather, it is necessary that there is a sufficient probability (BGH, judgment of 16 September 2014 – X ZR 61/13) for the annulment of the patent.

Philips may appeal against the judgment of the BPatG. The judgment shall be provisionally enforceable against security amounting to 120% of the amount to be enforced in each case.

Do you need any help in patent protection or licensing?

geralt / pixabay.com / CC0 License (with our own editing)