A German patent from 2005 on driving stability during braking remains revoked for the time being. The complaint of the patent holder Knorr Bremse was rejected by the BPatG due to lack of inventive step. 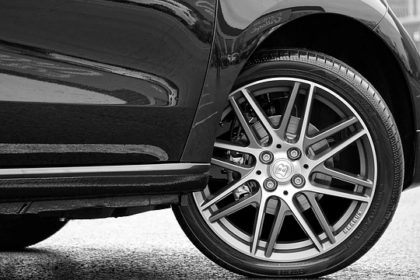 The patent 10 2005 029 716, which is in the centre of attention and is called “Procedure for increasing the driving stability of a vehicle”, was revoked by the German Patent Office in November 2018 after being heard. The patent holder, Knorr-Bremse Systeme für Nutzfahrzeuge GmbH, filed an appeal against this decision. With its judgment 19 W (pat) 17/19, however, the Federal Patent Court (BPatG) dismissed the appeal. The publications D1 and D7 are decisive for the judgment.

D1 (a German pre-published disclosure document DE 199 07 633) concerns a procedure and a device for stabilizing a vehicle, in particular for preventing a vehicle from tipping over about a vehicle axle oriented in the longitudinal direction of the vehicle, in which, among other things, brake interventions on at least one wheel are also described. D7 also describes a procedure for increasing the driving stability of a vehicle, a so-called “Sensitive Electronic Stability Program” SESP.

Summary of the publications D1 and D7

A further development of the method to increase driving stability is characterized by a compromise between a high deceleration during braking, the highest possible directional stability and the lowest possible feedback effect on the steering wheel, the court judged as a starting point for an expert. This was already contained in the introduction to the description of the patent specification in the dispute as a generic publication called D1.
The BPatG added that it was not possible to extract the part of feature M9.1 from brochure D1, according to which the braking value on the inner wheel of the bend is reduced to a minimum value of 30% of the – 16 – basic value, and feature M9.2, according to which the braking value on the at least one outer wheel of the bend is increased to a maximum value of 170% of the basic value.
However, the expert had reason to consider the doctrine of publication D7 in the further development of the procedure known from publication D1.

Notice in this context also our article: No patent on software simulation with fuzzy logic controller

The court therefore referred precisely to the area in the patent claim in which SESP implementation is explained as an example. This explicitly states a variant in which the wheel brake pressure at the rear wheel inside the curve is reduced in pressure reduction mode and – if the potential due to pressure reduction is not sufficient – pressure build-up should also be expressly possible. The BPatG explained that it was clear to the expert that pressure build-up takes place at the rear wheel on the outside of the curve, as it is also explained in more detail in the immediately following item “Pressure build-up mode”. Thus, when this stabilisation variant was executed at the same time, a braking value on an inner wheel on the rear axle would be reduced compared to a basic value and an increased braking value on an outer wheel, regardless of whether the transition from pressure reduction was smooth or abrupt, the court emphasised.

Explicit percentages do not contribute to the solution

As a difference to the state of the art after the summary of the publications D1 and D7, only the parts of the features M9.1 and M9.2 remained, the BPatG summarized, according to which a minimum value of 30 % and a maximum value of 170 % of the basic value for the limit values of the brake value ranges are claimed on at least one wheel inside or outside the curve.

These explicit percentages, however, do not contribute to the solution of the task stated in the patent in dispute and cannot justify the necessary inventive step, the Federal Patent Court ruled. The court found that it was impossible to distinguish between values determined by expert knowledge and purely empirical values. The brake value ranges claimed would also have to be very large in order to do justice to all types of vehicles and to increase the driving stability of all vehicles as desired. In the opinion of the court, however, the determination of suitable brake values for each vehicle type would be obvious for the expert within the framework of professional considerations.

The BPatG explained that in the version of patent claim 1 according to the auxiliary motion, the same technical doctrine was claimed as in the version according to the main motion, despite the more precise information “to a minimum value of at most 30%” or “to a maximum value of at most 170% of the basic value”. The word “maximum” is decisive here. According to the main claim of the patent in dispute, a braking value from the interval between 30 % and less than 100 % had to be set for the inside of the curve and a braking value from the interval between more than 100 % and 170 % for the outside of the curve.

The complaint of the patent holder Knorr Bremse was therefore dismissed. The BPatG considered the lack of inventive step of the subject matter of claim 1 after the main application as proven by the obvious synopsis of the publications D1 and D7 and the corresponding knowledge and action of an expert.

Do you need protection or defence support for a patent?

Our attorneys have many years of expertise in German and international patent law and are entitled to represent you before any court in Germany as well as internationally.
If you are interested, please contact us.