No patent on software simulation with fuzzy logic controller

A procedure for the creation of a model of software simulation for a wind turbine is patentable in principle, but has been excluded from patent protection due to a lack of inventive step. The focus was on a fuzzy logic controller – often used in the automotive industry to control automatic transmissions. 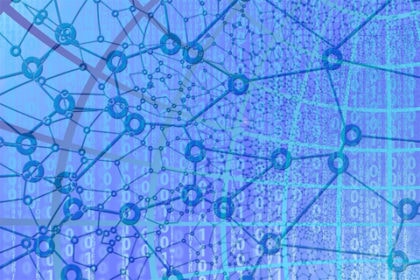 The patent application “Simulation model for a wind turbine and its construction and use” was filed with the German Patent and Trade Mark Office on 14 April 2011, but rejected by the DPMA. The procedure of patent claim 1 applicable at the time was intended to solve a non-technical problem by means which did not go beyond the intended use of a data processing system. The DPMA therefore decided that claim 1 could not be granted under Sec. 1 (3) in conjunction with (4) German Patent Law. Accordingly, plans, rules and procedures for intellectual activities and programs for data processing equipment are not patentable.

State of the art only introduced before BPatG

In the examination procedure before the German Patent and Trade Mark Office, no state of the art was determined, but this was taken into account before the Senate. Important in this context were the publications D1 (JAUCH, C.; CRONIN, T.; SØRENSEN, P.: A Fuzzy Logic Pitch Angle Controller for Power System Stabilization. In: Wind Energy 10(1): pp 19-30, 2007) and D2 (JELAVIĆ, M.; PERIĆ, N.; PETROVIĆ, I.: Identification of Wind Turbine Model for Controller Design. In: 2006 12th International Power Electronics and Motion Control Conference, Print ISBN: 1-4244-0121-6).

The Federal Patent Court (BPatG), which was called upon by the patent applicant, based its judgment primarily on these two publications. Although the appeal was considered admissible, the patent application was nevertheless rejected. The BPatG regarded the object of patent claim 1 as not based on inventive step (Sec. 1 (1) in conjunction with Sec. 4 (1) Patent Law).

In particular, publication D1 deals with a process that includes the design process for a fuzzy logic controller that is integrated into the model of a wind turbine connected to an energy system via a power grid. In this simulation model of publication D1, a fuzzy logic controller (Fuzzy Logic Controller) is provided which functions as a selection and combination function and thus determines the behaviour of the wind turbine. This point is particularly interesting because fuzzy logic controllers are often used in industrial plants – and also in the automotive industry to control automatic transmissions.

The publication D2 also contains a procedure for creating a model of the software simulation for a wind turbine with which a correlation between several input variables and at least one output variable can be established. The system identification carried out in the publication D2 relies mainly on the commercial software GH Bladed in order to simulate a real wind turbine. Alternatively, the possibility of using experimental results from measurements on real turbines is pointed out.

Expert would combine D1 and D2 in the software simulation

The Federal Patent Court considered it obvious that an expert would apply the doctrine of publication D2 to the system of publication D1. According to the respective patent claim 1 according to auxiliary application I and II, the only essential difference between such a combined teaching and the teaching according to the respective patent claim 1 is that the value pairs required for system identification are to be based on measurements on the wind turbine instead of on results on a professional software GH Bladed. However, since publication 2 also referred to the alternative for the use of experimental results, an inventive step was no longer justified. According to current case law, the selection of one of the known possibilities already excludes the existence of an inventive step.

The patent applicant had asserted that the system identification of the publication D2 could not be transferred to a system identification with real measurement results due to “jump functions” in the simulated input variables. However, the BPatG rejected this objection. The objection did not refer to time series analyses for determining the frequency-dependent transfer functions, but was based on simulated test results for the model already created.

Grid codes in the publication D1?

The BPatG also rejected the further objection of the patent applicant. The patent applicant claimed that the publication D1 did not provide a method for creating a model of a software simulation that could be used to verify grid codes. The Court admitted that D1 was not directly aimed at the selection of transfer functions. However, the BPatG ruled that in the investigations of measures for grid stabilisation described in D1, the expert would always also recognise an examination of compliance with the requirements imposed by the grid operators. And these would usually find their expression in the grid codes.

Not to have to make source code transparent

This case also contains another interesting aspect, which was not relevant for the reasoning of the judgement, but nevertheless often occurs, especially with all software inventions. The task mentioned in the patent description was to provide a software simulation model in which the source code is not transparent with regard to technical parameters of the wind turbine not intended for publication. Both network operators and regulatory authorities demanded the provision of the corresponding source codes as well as detailed descriptions of the simulation models. And with the patent applied for and the software simulation model described therein, it is possible for the grid operator to simulate the grid behaviour of the wind turbine in the grid network – without having to access the source code. According to the ruling of the BPatG, this will remain a pipe dream for the time being.

Is software simulation also a topic for you?

Our attorneys will be happy to advise you on possible patent protection. If you are interested, please contact us!